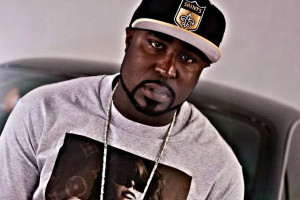 in a bag and tried to pass it off in a sample cup by using a tube. This does not look good because Young Buck and already on probation for weapons charges. Faking a court ordered urine test on probation is a very serious felony offense. It is very possible that Young Buck could face some major jail time if he is convicted.

Young Buck had previously served 18 months in prison for gun possession in February 2012. Young Buck was released from prison in October 2013 immediately getting back in the studio and reviving his music career. Young Buck’s 1st video after his release was On The Way Up. After getting released Young Buck launched his own solo projects and rejoined 50 cent’s G unit team. This new court battle will most likely complicate things with G unit and most likely will be the end of Young Buck’s musical career.

At one time Young Buck was a fast rising superstar with major hits, but his inability to stay out of trouble has been his most major downfall. Being that Young Buck was on probation it is very unlikely that the court system will give any leniency and will most likely come down very hard on him. 50 Cent has yet to respond about the troubles that Young Buck now faces it is most likely he will probably be dropped from the label. Let’s just hope that Young Buck finally gets his stuff together and maybe he can come back and start making good music again.