All over the internet all I have been reading and watching is the conspiracy about Whitney Houston’s death. I personally felt that the whole 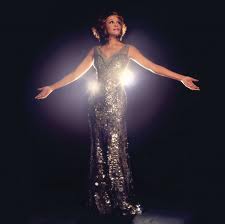 situation was shady. So let me break it down. So Whitney Houston passed away on the 4th-floor room at the Beverly Hilton on Feb. 11, 2012. Now rumors are saying that the Whitney Houston death was a blood sacrifice. Sound far fetched? Well maybe not. Ever hear about the Illuminati? Well if not, do some research.

The rumors say that Madonna’s Super Bowl performance on Feb. 5, 2012 (featuring M.I.A. and Nicki Minaj) was the starting ritual in the death of Whitney Houston. That performance was wonderful but once it was broken down and all the subliminal messages were put out in the open it made sense. The supposed ritual was to celebrate the 2012 Queen Elizabeth Diamond Jubilee which was Feb. 6, 2012. (The celebration isn’t actually being held until June 2012) Next was the death of Whitney Elizabeth Houston (middle name same as the Queens first name) on Feb. 11, 2012 which the number 11 is a ritual number.

So far to this day the death of Whitney Houston is still unclear. Was she in the tub, was she half in half out or was she not in the tub? Was it a drug over dose or was she pushed? So from what Whitney’s family has been saying nothing was wrong with her. Did Whitney Houston know she was going to die? Well… I observed the footage where Brandy, Monica and Clive Davis were in the middle of an interview and Whitney came in. She gave everyone a huge and Monica asked her why her hair was wet. Whitney responded, “I almost drowned in the pool today.” So then Monica says, “AGAIN!” Ummm makes you wonder why Monica said “again”. Then Whitney hands Brandy a note and says, “Here, this is for you.” In an interview Brandy was asked what the note said and Brandy responded that she was going to keep it to herself. So maybe she did know.

Now the last ritual was supposed to be

performance on the Grammys on Feb 12, 2012. This by the way was the most satanic performance EVER! Side bar… what the hell was Nicki thinking coming on the red carpet in red, escorted by a fake Pope. See people open your eyes. So was it a blood sacrifice?

So now there is

. Word on the street is Bobbi is walking around with Whitney Houston’s ring on (Um Big deal), but the big story is that Bobbi is now at the age 19 engaged to her adopted brother. (By the way he’s a cutie) Anyway, I was sitting on the fence about it, but I swear people are so crazy. Number one they are not blood, number two he was adopted at the age of twelve so there really isn’t a brother sister bond at that age. They came into each other’s life around puberty so they probably already had feelings for each other but kept it a secret because Whitney Houston might not have accepted it. But now that Whitney Houston has passed everything can be out in the open. Plus what WOMAN (which she is) wouldn’t want a man in her life to lean on emotionally during her time of grief. This is what Bobbi is going through. She is grieving so he is probably there for her. I’m sorry but there is only so much a family can do for a woman when she is sad. Sometimes we need the love of our mate to be able to move on. There is nothing like having that person hold you at night as you cry yourself to sleep. Family can’t give that same feeling. Right now Bobbi is being loved through her pain. It can be healing. But like I said before, I really hope that she gets counseling also so she can heal. But I say leave her alone and let her heal.

Tags:bobbi kristinaInternet RadioMIANiki MinajVyzionVyzion Internet Radiowhitney houston blood sacraficewhitney houston death
Previous : Denver has Been Given an Early Christmas Present with Peyton Manning
Next : Was the Death of Trayvon Martin Justified or Racist