An absolute mega crisis is brewing in South Sudan. 3,000+ were said to have been killed in a raid dating back to December of last year. Though 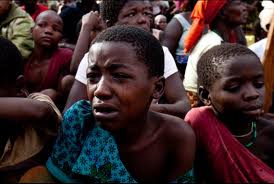 this number could not be verified by the UN Mission, it is obvious that the attack produced a large number of casualties. The raid took place in the once peaceful county of Pibor. It was a devastating attack of at least 6,000 Luo-Nuer soldiers. As of Tuesday, March, 13th the raids continued. At least 200 are reported dead, and several hundred more are severely wounded and/or missing. If you saw the video that leaked, you know how bad the situation has grown. These attacks have come in waves dating back to the beginning of the year. President Salva Kiir, made a desperate move in attempt to bring these ruthless attacks to a halt, by deploying at least 12,000 soldiers and police officers. These men were sent out to seize weapons from civilians on the streets of South Sudan. The process could supposedly take up to a year to retrieve all of the weapons.

The attacks dating back to last year, have consisted of the Murle and Lou Nuer ethnic groups in Jonglei and Upper Nile states. The attacks are known as “cattle raids”. There have been reports of thousands of cattle being stolen. Approximately 350,000 people were evacuated last year from the area of South Sudan due to the ongoing attacks. In February, a peacekeeper of the United Nations was ambushed and killed while on patrol with his squad in Darfur. Three others were injured in this ambush.

From what I am hearing, that villagers are scared for their lives. The situation has grown to a point where the innocent people are even being accused of crime as a result of them having to protect themselves with illegal weapons, and any means they can find, in order to keep their villages safe from these attacks. Hundreds of thousands of people are now cut off from food. It is also believed that in several areas, an estimated total of at least 250,000 people are now in a state of emergency stemming from missile attacks and other aerial bombings.

The Nuba Mountains of South Kordofan is one of the most devastated areas. This is where actor and director George Clooney and a team of activists traveled just a week ago. These men operate what is known as the Satellite Sentinel Project. They use satellite cameras to operate surveillance on Sudan and South Sudan which became separate countries last year. The satellite is responsible for capturing troop movement along with aerial threats.

Clooney testified before congress on Wednesday, saying that the attacks are being quarterbacked by Sudan’s government. President Omar al-Bashir, government official Ahmad Harun and Defense Minister Abdelrahim Mohamed Hussein are to blame as the front runners for the attacks says Clooney. He also stated that these men are responsible for many more previous attacks on Darfur. All three men are facing criminal war crime charges as of this month.

People are literally being forced to hide out in holes. They are living in caves to avoid the on-going war crimes, or because their houses are demolished. The bombings have left many areas severely damaged. There have even been multiple reports of kidnappings. Worst of all children are wielding machine guns, and being forced to help protect their villages.

Though there has been an oil crisis, there were reports several months ago that the attacks were mainly based on ethnicity. It appears that the Sudanese government are trying to wipe out all not Sudanese. The American reporters however, for the most part are being left alone because the Sudanese soldiers want people to see what they are doing. They are proud of their violent war crimes, and they are even hanging victory flags over piles of rubble which once were standing structures of buildings.

Ethnicity may play a big time role in all of this mayhem, but without question the oil conflict remains a huge issue in resolving all of this. This disaster of countless unruly deaths has also effected global gas prices. I have a feeling it could effect plenty more things on a global level if they do not resolve the conflict immediately.

Tags:africa wargeorge clooneyworld news
Previous : Basketball March Madness The Ticket To The NCAA Men's Tournament
Next : Denver has Been Given an Early Christmas Present with Peyton Manning