March 26 brought night two of the Season 4 premiere of The Voice.  This year, each coach will start out with 12 contestants, or 12 groups, and then the battle rounds begin.  If you are not familiar with The Voice, let me give you a quick rundown.  The Voice gets back 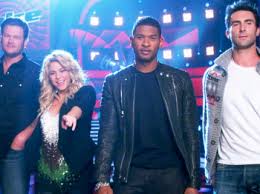 to the music.  During the blind auditions, the coaches have their backs to the contestants and the only sense that is being used is hearing.  The contestant sings no more than 90 seconds of a song (it is edited shorter for television). They do not know what the contestant looks like until they have turned around to select them to be on their team.  Now, if more than one coach turns around, the contestant must pick which coach they would like to be mentored by.

Now that we have covered the basics, let’s get to some of the 48 people who have been selected to be on Season 4 of The Voice!

Tawnya Reynolds performed Mommas Don’t Let Your Babies Grow Up to Be Cowboys by Waylon Jennings.  Growing up in New Mexico, she moved to Tennessee to help her grow in country music.  She moved away from her family to realize her dream and now she has elected to be on Team Shakira. Follow her on twitter @TawnyaReynolds1.

Josiah Hawley has been singing in the church since he was 14.  Growing up in a musical family, he learned that he constantly needed to practice.  Although he is a model, music is where his heart is.  For his blind audition, he performed Sunday Morning by Maroon 5.  This season, he will be mentored by Usher.  Follow him on twitter @josiahhawley.

Midas Whale is a duo from Idaho.  They performed Folsom Prison Blues by Johnny Cash.  The duo cannot be more opposite, with one being a biologist and the other being involved with music his entire life!  All four coaches turned their chairs to see the talented duo.  Their interesting sound earned them a spot on Team Adam.   Follow the duo on twitter @midaswhale.

Cáthia is a 19 year old that grown up in the Bronx.  She performed in her first language, Spanish. The song she performed was No Me Doy Por Vencido by Luis Fonsi.  Translated, the title is I Don’t Give Up.  This season, she will be coached by Shakira.  Follow her on twitter @cathiasings.

The final performance of the night came from Sarah Simmons.  Though she is already studying music in college, the president of the university she is attending allowed her to leave college to audition.  She has known music all her life and, according to her dad, it is her natural talent.  She performed One of Us by Joan Osborne.  After all four coaches turned around for her heart-felt performance, she selected Adam as her coach.  Follow her on twitter @sarahsimmusic.