We have reached the final week of the blind auditions of The Voice.  There are only a few more spots left for each coach.  At the beginning of tonight’s show, these are the spots that each coach had left on their team: Shakira with 3 left.  Adam and Usher have 4 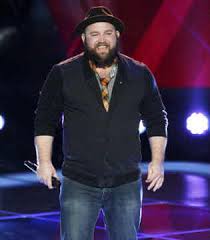 spots left.  Blake has 5 spots left for artists to grab.

With those few spots left, the coaches are being strategic and really fighting for the artist they want on their team.  Without further ado, here is your update of The Voice for Monday, April 8, 2013.

Jeff Lewis, coming from Dallas, Texas was doing more dancing than singing when he first started out.  Although he was signed for about 30 months, the album he was working on got shelved and it never got started again.  For his blind audition, he performed “You Got it Bad” by Usher, but with his own unique twist by adding acoustic guitar.  Within the final seconds of his performance, Usher, Blake, and Shakira turned their chairs.  He will be coached by Usher.  Follow him on twitter @iamjefflewis.

Shawna P is a 45 year old that knew she wanted to be a performer when she was 8 years old.  After graduating from college, she moved to Nashville and started performing with the Music Mafia.  Performing “She Talks to Angels” by The Black Crowes, she was able to get Adam and Shakira to turn their chairs.  Ultimately, she decided to be part of Team Shakira.  Follow her on twitter @shawnapsings.

Caroline Glaser got her first guitar in high school.  She loves to write songs and uses it as a way to get out her feelings and emotions.  She currently sings in small coffee houses and is a freshman in college.  Although education is important in her family, they are also supportive of her hopes of having a music career.  She performed “Tiny Dancer” by Elton John.  Although two coaches turned their chairs in support of her, she chose to be on Team Blake.  Follow her on twitter @carolineglaser.

Michael Austin is also known as “Big Country”.  He’s a 43 year old deputy sheriff, following in the footsteps of his father and grandfather.  He is currently with a band named Austin Law and has had the opportunity to travel.  He has been singing for 12 years.  He performed “Somebody Like You” by Keith Urban.  In an interesting twist, he did not get Blake to turn his chair.  He will be coached by Adam this season.  Follow him on twitter @maustincountry.

Sasha Allen is a NYC native.  She put her career on hold to be a mom, but she is ready to get back in the game.  She’s a classically trained pianist, but her mother pushed her to singing.  She has sung background for many artists, including Christina Aguilera and John Legend.  Although she doesn’t consider herself a country artist, she performed “Not Ready to Make Nice” by the Dixie Chicks.  All four coaches turned their chairs in order to battle for her to be part of their team.  She will be part of Team Adam.  Follow her on twitter @sashaallenmusic.

Jamila Thompson performed “Halo” by Beyonce.  She will be coached by Usher.  Follow her on twitter @jamila_thompson.  Her performance was not aired in its entirety.

Amy Whitcomb performed “Because of You” by Kelly Clarkson.  She will be part of Team Adam.  Follow her on twitter @amylynnwhitcomb.  Her performance was not aired in its entirety.

Justin Rivers will be coached by Blake.  Follow him on twitter @justinrivers.  His performance was not aired in its entirety.

Michele Raitzin will be coached by Blake.  Follow her on twitter @michelleraitzin.  Her performance was not aired in its entirety.

Mary Miranda was born in Havana, Cuba.  When she moved to American 4 years ago, she was not able to speak English.  She learned English by listening to music.  Music was her escape from her bad days at school.  She performed “Como la Flor” by Selena.  She will be coached by Shakira.  Follow her on twitter @marymiranda95.

Grace Askew is from Memphis, TN.  She calls her genre of music Bluntry, which is a blend of Blues and Country music.  She packed up her car at age 22 and started traveling trying to get into the music business.  She has traveled to 46 states and looking to get recognition and get the chance to work all over the world.  She sung “These Boots Are Made for Walking” originally performed by Nancy Sinatra, but later made popular by Jessica Simpson.  She will be part of Team Blake.  Follow her on twitter @graceaskew.

Ryan Innes has been playing piano since he was 5 years old.  Although he never dreamed of being a musician, he felt like he could turn to music when it felt like his life was crumbling around him.  He felt that he would regret this part of his life if he didn’t give music a try.  He currently sings for weddings and a few clubs in the area he is living.  He performed “Gravity” by John Mayer.  All four coaches turned their chairs for him but he selected to be coached by Usher.  Follow him on twitter @ryaninnes.