Valentina Schwartz aka Dj Vinyla arrived in New York in 2009 to study English for a couple of months. European  born Valentina already had an established career back home and could afford to go 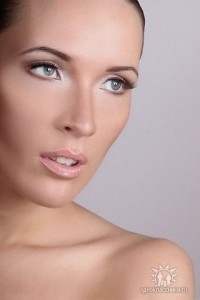 to New York for a summer vocation. While in NY she falls in love with the non-stop NY nightlife.  Despite the risk the 24 year old Dj decided to relocate and leave behind a comfortable life and a successful career she built for herself in Russia and start over.

Valentina didn’t always have a comfortable life. She grew up at very unpleasant time in Russia’s history, Perestroika. Life was very tough and Valentina’s single mom worked 3 jobs to support her 2 kids. Valentina and her brother were alone most of the time and learned to be independent at an early age, because mom would leave early in a morning and returned home very late.  Her mom couldn’t afford a TV and all day long the kids would entertain themselves by listening to Vinyl Records and Radio. Valentina’s mom always would do her best to put aside a little money to take the kids to see balet, opera, and show her children how beautiful life could be. As a result Both Valentina and her brother grew up very determined, creative and successful despite tough times.

Surrounded by music in her childhood Valentina naturally choose a music career.  At 17 Valentina left home she received a scholarship to a prestigious university. While studying at the university she got involved with the night club culture, learned how to dj and got a job in the most glamourous club in her city. She also Traveled to perform abroad Ibiza, Turkey, and all over Europe.

At 24 her story repeated itself and now she is yet again in a Big City Of New York where she is facing new challenges to brake trough. Starting over in NY was not easy. While simultaneously going to language school and University she found time to go to clubs, to network and get to know nightlife elite personalities. Vinyla started getting gigs and joined a Top Model Dj Agency, Stadj.  After 2 years of successful work with the agency she left and became an independent artist. While on her own she continues to pursue her career as dj/producer.

Dj Vinyla receives attention from such publications as the New York Post, Grazia, Insiders Club Planet and Guest of A Guest. She also wins the admiration of superstars like Joel Simon, president and CEO of JSM Music who says that “Dj Vinyla is a star of the club and elite social scenes in New York City”. Vinyla’s Charismatic stage presence and graceful, energetic performances have propelled her to the forefront of the entertainment industry.

Playing with numerous famous colleagues at WMC Miami she quickly rose up the ranks of the entertainment community there to become one of the most promising international Female DJ/Producers. She was recently a resident at “Bikini Bravo”, voted one of the top 3 daytime parties in NYC by The NY Post.

Now that Valentina has graduated from the University with a Second degree, she is involved in her music full time and looking forward to the future!!!

You can catch Vinyla at her regular gigs at major NY nightclubs or on her weekly podcast on Vyzion Radio.