Trick Daddy Famous Miami rapper has always been known to 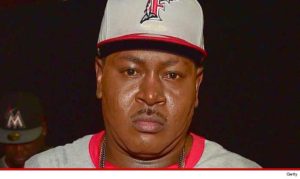 speak his mind, but this time it has gotten him into a lot of heat wave Black Women.

Trick Daddy stated that the Spanish and white women are getting finer” and basically what all black women do is keep their butt, boob’s and make up done for $150 dollars just to go to a local club”.  Trick Daddy Also stated that the only thing that he gives credit to the African American women is cooking fried chicken and if they can’t do that then they are out of the job.

Twitter blew up after people heard what Trick Daddy said. “one person on twitter stated “Trick Daddy out here looking like the Mucinex germ. Talking bout some tighten up”. He better tighten up his hygiene.

Another Tweeter posted “Trick Daddy’s net worth is $100 thousand and Trina’s is $6 million. Someone indeed better tighten up and it’s not black women, Trick Daddy may have gone a little too for with the statements.  Women are huge consumers make a cynic Amy in the music industry.

With 2016 being an election year in the U.S.  and that there is a strong possibility that you will have its first female president.  Trick Daddy probably just committed career suicide. Trick Daddy’s statement not only affects African American women it affects all African Americans and women as a whole. So what do you think about Trick Daddy’s comments???