The new push for transgender acceptance in America is changing the way people see and possibly the definition of gender choice and privacy. The question is how the government is going to track and regulate what a person is from 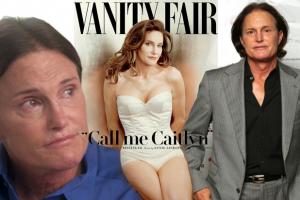 a legal standpoint. Will a person be given the right to change this sexual identity and orientation at will or is it a one-time chance and opportunity. Will a woman or a man who feels as though they are the other gender be able to use a public restroom of their choice based off of how they feel during a particular time in their life??? What will be the controlling mechanisms in the legal parameters that define input and output controls on when these soon to be privileges that are soon to be put in place???

How is the government going to control a possible new form of sexual harassment charges that could possible become a any companies Human Resources nightmare??? For example, if a transgender man walks into a males bathroom and a heterosexual man feels as though the transgender man was looking at him sexually in the public restroom at a workplace, would that be considered sexual harassment??? What if a transgender man walks into a females public restroom and he accidentally exposes his private parts with would that be considered sexual harassment. Who would be held liable would it be the business. In today’s current workplace environment that ould be unspeakable and would be grounds for immediate termination. Would a transgender person be given a privilege or pass on these types of possible issues??? How do we address a transgender using a public restroom around children??? Whether it be a person, business or government with every new opportunity, change or law. There has to be consequences if anything is abused or exploited. What will they be and how will the ones that don’t be treated fairly???

How will the school systems handle transgender situations will there be public bathrooms or him, her and transgender or will it just be public bathrooms for all. Who is going to be left with holding the bag to explain that to a child??? Will The parent, the school systems, the State Government or the Federal Government be left with the responsibility of training or kids and who will foot the bill for the extra classes??? Once again with every opportunity there has to be a implementation plan and it has to be well thought out.

The biggest question that needs to be asked is what will be the consequences for those that feel as though that they are being violated sexually by any transgender will they be labeled as bullies or sexual haters. Will they live in fear of speaking up and out??? Who will speak out for the transgender who is being bullied for inadvertently doing something that the mass population considers wrong??? This is a huge step from a moral values and ethical standpoint pushed by the government on all Americans and this is nothing to take lightly.

Last but not least because the new changes that are about to reshape America should there not be training and do we have any one qualified to prepare America for the new change of the same sex and transgender integration in our work places and government. Is there a plan in place to provide training and what will be the cost to make this happen. Same-sex couples and transgender have always somewhat been victims but without the presence of a plan in training could this make them a bigger victim.

What are your thoughts?