According to the doctors of Tracey Morgan, he may not be able to perform again due to the injuries after the horrible crash in June of 2014 that killed one of his colleagues. 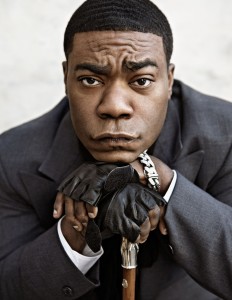 still doing daily rehab, including physical, cognitive, and vocational therapies, and he may need more surgeries, Morelli said. The accident has already cost him multiple gigs, including a TV show and a movie, the lawyer adds.  And as for stand-up comedy, “It can’t even be assessed, what the outcome is going to be,” particularly because comics “need to be razor sharp. They need to think on their feet. They need to be so right on the edge,” Morelli said. For right now, Morgan “spends hours and hours a day in rehab, … struggling every day, fighting hard just to get incrementally better,” the attorney says. He and fellow victim Ardie Fuqua, also a comedian, are “trying to get their brains to work the way they worked before the accident.”

Keep following Vyzion Radio on facebook and twitter to get updates on the progress of Tracey Morgan.