Tony Bennett says Lady Gaga is the next Elvis

The public is always looking for the next big thing to catch their attention. Whether it is electronic devices, 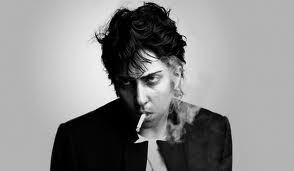 movie stars, cars, places to vacation, and yes the next big performance artist. When the next big thing gets a celebrity endorsement then it really gets credibility. This is the case with Tony Bennett and Lady Gaga as he said “I think she’s going to become as big as Elvis Presley”. Let’s backtrack for a minute and tell how this epiphany came about.

Tony Bennett’s new album “Duets II” is set to release on September 20 with an array of celebrity guests. This sequel of sorts is based on the enormous success of Bennett’s “Duets” album in 2006. The 2006 album debuted at number 3 on the Billboard 200 and sold more than three million copies worldwide. With those numbers why wouldn’t you do a follow-up album? At the time, Bennett said “The sales were so phenomenal (for ‘Duets’) that I was almost strangled by Sony Columbia . . . Actually, they said, ‘Please do another one like that.’ They were very nice about it. But I won’t do another one.” Of course, that tune changed.

“Duets II” matches Bennett with a stellar line-up from legendary icons to established contemporaries to the rookies in the industry. The line-up includes Aretha Franklin, Willie Nelson, Andrea Bocelli, Norah Jones, Josh Groban, John Mayer, Carrie Underwood, Natalie Cole, Mariah Carey, Sheryl Crow, Michael Buble, Amy Winehouse, and Lady Gaga (which I am still coming back to) among others. The first single will be “Don’t Get Around Much Anymore” with Michael Buble. The second single will be Bennett’s rendition of “Body and Soul” with the late Amy Winehouse released in September. The proceeds for the second single will go towards the foundation Winehouse’s family is setting up in her name to help young people in need of medical or financial assistance.

Now let’s get back to the comment that Tony Bennett said about Lady Gaga. With all due respect for a legend like Tony Bennett, and even respect for Lady Gaga as an artist, she is no Elvis Presley. Lady Gaga’s numerous achievements include five Grammy Awards, among twelve nomination; two Guinness World Records, and the estimated sale of 13 million albums and 51 million singles, making her one of the best-selling music artist worldwide. Billboard named her the Artist of the Year in 2010, ranking her the 73rd Artist of the 2000’s decade. She is also included in the Time 100 list of the most influential people in the world as well as being listed in a number of Forbes’ annual lists. Elvis Presley was a one of a kind innovator that was responsible for bringing rock n roll to the forefront of American society which he himself said “Rock ‘n’ roll has been around for many years. It used to be called rhythm and blues.” Elvis changed the face of not only music but pop culture. Lady Gaga, although she is talented, is rehashing early David Bowie and Madonna and mixing the two in a modern shock act. Elvis Presley is a rock n roll icon that no one should be compared to. No matter who endorses these up and coming performers, we should stop trying to make them the new anybody. There is only one Elvis. Period. No one will ever be able to play like Hendrix, dance like Fred Astaire, sing like Billie, write like John and Paul, or perform like Michael. Let the new people make their own name and if they have 8,000 people show up for their funeral like Graceland in 1977 then maybe they can compare. Until then let’s stop making assumptions.

Although I disagree with him, I am looking forward to checking out “Duets II”. With the star studded guest of new and seasoned performers, it is sure to be a success. To check out more on Tony Bennett, visit his website http://tonybennett.com/.

On a side note, as I wrote this article a news report came through my droid phone that Jay-Z is comparing his wife, Beyonce, to Michael Jackson. She’s good, Hov, but stop; just stop.