There is so much drama going on in this season of Biggest Loser. I have been watching this show from day one and it has been very good and 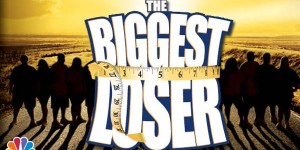 very motivating and calm. Well this is the first season that there has been so much drama. Let me start with the first episode. All the teams but the aqua team made it onto the ranch. The aqua team had to go back home and compete at home and lose 50 lbs all together in order to be able to come on the ranch. They succeeded in the challenge and were allowed on the Biggest Loser ranch. But after a week of being on the ranch they were not well perceived. Meaning the other cast members was not open arms.

Now I try to behave myself with my thoughts but to me it really did seem like it was because the aqua team was the only black team on the show.  So after the first week of not meshing well with the other team mates one of the aqua players was sent home. It was the brother (not brother like brother black slang but brother like it was a brother sister team) Anyway, so the sister (you know what I mean) was highly upset about it and she knew that her brother was sent home based on the fact that he was not welcomed with open arms. I really hate to throw the race card but I have noticed that on a lot of this reality shows the black people get voted off first if it is a predominately white cast. It’s like the horror movies, the black person always dies first, it never fails. So during the episode on February 22, 2012 the sister saw her opportunity to get her revenge. By eating over 1000 calories in Reese Cups she won a challenge where she could swap two players. So the players that she swapped were a brother and sister team that was actually her and her brother’s enemies on the Biggest Loser show. They were not too happy. So when they found out that she was the one who made the swap happen they voted her off the show. So no more black people. But what disturbs me about this season is the fact they are losing focus on their goals of coming on this show. They are not there to make friends or enemies but to lose weight. So they are not voting based on who lost the least weight but on some high school nonsense. It is so sad.

But there is more… Most of the Biggest Loser cast walked off the show in protest of a big twist in the show that they would have to face. The producers of The Biggest Losers was in talks of bringing back one player that was kicked off to the show to finish the show with the rest of the cast. Well the cast was not too happy about that. The cast thought that it was unfair that someone comes back that got kicked off. Did they forget that they are on reality TV? This is how it works. But this seasons cast seems to be way different than any other seasons. They do not seem grateful to be there at all. They almost act entitled to be there. Plus this season’s Biggest Loser is about “No Excuses” and they have all the excuses in the world. I wanted to go on the show (people said I wasn’t big enough) so if I had that opportunity I would not be worried about a twist or disliking people or liking people. I would just be determined to drop the weight. But drama like this causes for higher ratings. I hope they were filming when the cast found out about the new twist in the game. That would be good to see. But right now the producers are sitting down and trying to figure out what they are going to do. I say go for the twist and make the cast more angry…