Taylor Swift, a name that probably every country fan knows all too well, being the youngest person to reach the top spot on the country chart. At the tender age of fourteen, she started an artist development deal with RCA Records and had memorable writing 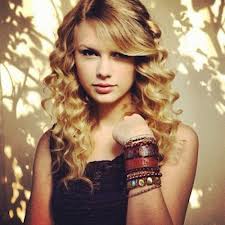 sessions with some of the most developed writers that Music Row had. Songwriters like Troy Verges and Brett Beavers were just the beginning, when she finally developed a long-lasting relationship with Liz Rose. Liz would say that Taylor swift had such a clear vision as to what events happened in her life, that all she would have to do is edit her songs. Her ability to write was magnificent and the way she was able to capture the spirit of her emotions was clear in her hooks.

“Our Song,” was her third single and the one that she not only sang, but wrote herself; leading her to the top of the country charts. This American born songwriter was the youngest to be employed by the Sony/ATV Music Publishing House. Taylor Swift released the eponymous debut album in 2006, forming her career in the country world. Later on in 2008 she was Best New Artist nomination during the 2008 Grammy Awards.

Taylor Swift would go on to release her second album: Fearless, which released in the year of 2008. After a year in 2009, Fearless would become the best selling album and was accompanied with a huge concert tour. That record alone would go on to win four Grammy Awards, where she would be the youngest to win Album of the Year.

Arriving at 2010 is when Taylor Swift’s Speak would sell over a million copies, in just the first week of US release. Speak Now World Tour supported that album during an awesome thirteen month tour. The Grammy Awards just keeping rolling in, where “Mean” would win two of them, being the album’s third single.

Not too long ago, Red was released in 2012.    It had an incredible 1.2 million US sales, taking the all time highest record within a decade. Taylor Swift would be the only lady artist to gather two million plus sales during the opening weeks. If there was any single that everyone knows across the globe it is “We Are Never Ever Getting Back Together. Coming in second place for infamy would be “I Knew You Were Trouble,” these two singles allowed Tailor Swift to reach new international heights. Where the Red Tour is upcoming this year in 2013 of March.

She gathered her inspiration to write many of her singles from when she was a teenager transforming into a young adult. Just for her songwriting alone, the Nashville Songwriters Association has honored Taylor Swift and has been inducted into the Songwriters Hall of Fame. Not only did Taylor Swift win seven Grammy Awards, she would also take eleven American Music Awards. Going back to her roots, she won six Academy of Country Music Awards and seven Country Music Association Awards. Up to today she has sold probably around twenty six million albums and seventy five digital copies across the globe.

Taylor swift leads an incredible singing career and is still producing singles that will probably stay within the hearts of America for ages to come. With age on her side, the sky is truly the limit; when she has so much more to do for the world.