Summer Jam Festival at the Metlife Stadium in NJ was called to be the kick off for summer party but instead police in full riot gear, armored vehicles and tear gas surrounded the stadium. 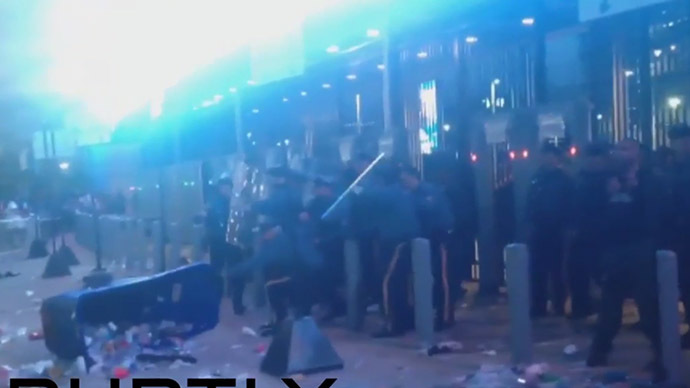 the youth crowd became unruly, they reportedly tried to break through sealed and barred doors during the festival at MetLife stadium, while a thick line of armored police faced off against rioters just outside the building’s entrance.

It was not immediately clear what caused the major disturbance in the first place, as some reports suggested a number of youths did not get a refund for their tickets and started a row. The concert had already started at the time. Conflicting reports described the stadium’s doors as being shut either prior to the incident or after the row began.