As I dwell on the fact that I am re-visiting a childhood fantasy, I am also feeling the excitement that lured me in the first time. The fantasy I’m 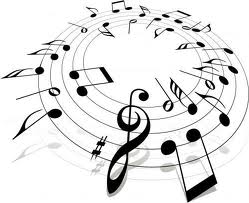 referring to is playing as a musician in a live band. Even though there is a distinct difference in playing in a garage band as a young teenager beingcontent by just imitating the popular artists of that era. I am still just as wide-eyed nearly forty years later.

If someone would have told me five years ago that I would be playing for a group that has the potential to tour or record on a label that is a household name, I would have nearly spit my teeth out with laughter. Sure I’ve dabbled in music since unofficially hanging up the axe in the late 70’s. But playing as a musician in the church choir or putting down a couple beats on a four track recorder as a hobby is a far cry from playing in nightclubs or other higher profile establishments.

All this is enough of a shocker for those who know me. But add to this eerie course of events is the fact that I am now playing the bass as my primary instrument. Left up to me, I would have just been satisfied trying to duplicate the sounds of Jimi Hendrix or Ernie Isley on lead guitar. And even more surprisingly, this is not my first return to the music world.

In an attempt to compliment my church choir, I spent a short time as the drummer. I don’t know which was more timely, the wrist surgery or the interest in drums from one of the younger members who replaced me. Either way, the choir benefited and I moved on. Now settled in on bass, I am finally comfortable and truly happy to take my talents to the next level. This lands me in my present role as the primary bassist in a group that has embraced me.

As for me, I’m ecstatic. I’m really feeling the love of music again. I truly love music just as long as it’s grooving (thank you O’Jays)! It’s not that the opportunity hasn’t been there but for the first time in years, the desire is there. I’ve been asked to play in rock bands, jazz bands, even gospel bands (if there is such a thing). But there is a mystique about playing in a group that defies genre. It cannot be defined as spoken word alone. I can’t call it smooth jazz, hip hop, or funk either. Crossover or fusion still puts limits on what we do. Whatever it is or whatever the public would like to categorize us as, I like it.

Playing at home in my makeshift studio would never have given me the incentive to improve. I need the group more than the group needs me. They have given me the drive to not only be a serviceable bass player but to be a name that may jump off the lips of music lovers everywhere. The fact that I am constantly receiving compliments from the other members has been as enormous boost to my ego too. It has also been an encouragement that my song writing has been as well received as my bass playing.

I guess what I’m trying to say is, “Heard Ya Missed Me, Well I’m Back”! Not coming back as the legendary James Jamerson, Stanley Clarke, or even Louis Johnson. I’m just trying to be the baddest bass player that you never heard of while fulfilling a dream. The dream is to have a re-do! And that’s the truth (Straight Truth)!