Stephanie Bentley Born and raised in Amarillo, Texas, and is a true Texan at heart! Stephanie grew up making 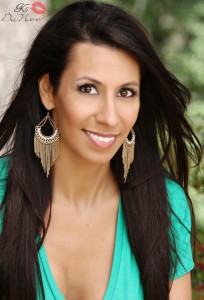 tamales, tortillas, & bread with her grandma

. Raised by her mother, grandma, & grandpa, she grew up in the country side of North Texas until she moved to the big city when she was 10. She has lived in Houston for the past 4 years and currently resides in the Live Music Capital of the world, Austin, Texas.

Stephanie Bentley has been modeling on and off since she was 13. She was discovered in a movie theater by a modeling agent while there to watch a movie with her friends. Stephanie Bentley is a fun ,outgoing, goofy and super down to earth model. She’s reliable and hard working as well as sexy and classy; a perfect mix of all things a model should be! Stephanie is a beautiful mix of Spanish, Italian, Native American, and Caucasian.

Stephanie Bentley has plenty of experience in all sorts of areas of modeling. In 2007 and 2008 she danced for Amarillo’s indoor arena football team, the Amarillo Dusters, and in 2009 she was a ring girl for Shark Fights. In 2009, Stephanie Bentley represented Jersey Village at Swimsuit USA International Model Search in the Bahamas and represented Frank ‘N Steins Bar the following year. In 2009 and 2010 she was also an NPC International Bikini Competitor. She was Miss September 2012 for 94.5 The Buzz’s Hottie Posse. She truly enjoys modeling and has been published in magazines and calendars. She’s even been featured in music videos and commercials and because of her height, enjoys doing high fashion runway shows. She also has experience in promotional modeling, and has worked with companies such as Dos Equis, Jack Daniels, Shiner, Southern Comfort, Heineken, Smirnoff,Tecate, Guinness, and Miller Light. She currently works full time at ClearCorrect as a Director of Communications, an HR Admin assistant, and as a receptionist as well!

Stephanie Bentley has been happily married for over 11 years and both she and her husband are die-hard fans of the Oakland Raiders. They both have a love for muscle cars; she currently owns a corvette which is the 3rd one she’s owned in her life! Stephanie Bentley loves to dance and loves traveling and meeting new people. She is very involved with”The Chive” and is all about paying it forward and giving back!