Starbucks made the announcement, on the  company blog that it is planning to stop using the coloring from crushing beetles in its strawberry flavoured drinks by the end of June, 2012. A spokesperson for the company, named Linda Mills, has said that the move to replace the shell 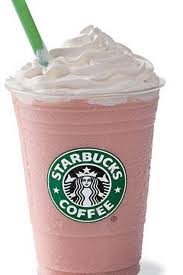 coloring with lycopene is likely to be enforced in Canada, as well as the USA. This announcement is thought to have resulted from the pressure placed on the multi-national corporation by some of its vegetarian customers.

Starbucks has been using this coloring in many of its strawberry smoothies, frappuccino, and raspberry swirl cake. The dye was only introduced to the strawberry frappuchino drinks a couple of months before the story came to light, and was previously thought to be a suitable drink for both vegans and vegetarians.

Cliff Burrows, who serves as the president of the company, said that after an intensive evaluation,

Starbucks had decided to reformulate the strawberry products with the coloring, using another red coloring source instead of the crushed beetle shell

They are expected to use a tomato based coloring called lycopene, as a replacement for the currently red coloring. Lycopene is vegetarian and is a substance which many people consume as a dietary supplement.

Although the thought of crushed up beetle shells in food is alarming to many, the ground up shell of the cochineal beetle has been approved for use as a food coloring by the Food and Drug Administration for many years now. However the FDA do state that although the dye is completely safe and non-toxic, all cosmetic and food products which use this dye must state this on their labels.

It has also been used as a dye for coloring cosmetics, nail polish, eyeshadow, lipsticks, ketchup, ice-cream, fruit drinks and yogurts, as well as for the purposes of dying fabrics. The shell used for the products at Starbucks is imported from Latin America.

Until June of 2012 however, the cake pops, red velvet whoopee pies, pink iced mini doughnuts and all other red, or pink colored foods served by Starbucks will continue to be made using the cochineal beetle shell. The color extract from the insect is also commonly referred to as carmine dye, or crimson lake. To create each pound of dye, more than 70,000 beetles have to be crushed.

A website called ‘this dish is vegetarian’ is said to have been the source of the information that beetle shell was being used by Starbucks; the site revealed that the strawberry sauce had been given a redder hue by using the dye from the beetle shell. A blogger created a petition in March of this year and word spread quickly about Starbucks beetle dye. More than 6500 customers of the company have protested in one form or another about not being informed of the fact that they were consuming crushed insect pigments. The petition on Chane.org was created in order to encourage the corporation to stop using the colouring in their food products.