The victim was identified as Mansur Ball-Bey, who had just recently graduated from high school who also worked at FedEx. 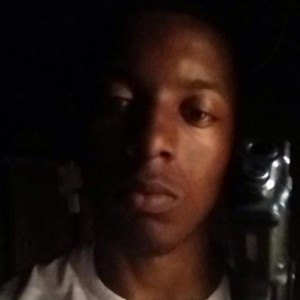 Family members reported Mansur Ball-Bey had plans to attend college this upcoming fall. St. Louis police Chief Sam Dotson went on the record to say that the officers were attempting to execute a search warrant when the incident happened. According to the police Mansur Ball-Bey attempted to flee, and then turn and pointed a stolen gun at them. St. Louis Police Department Sam Chief Sam Dotson also stated “officers ordered him to stop and drop the gun. As they ran one of the individuals turn and pointed the gun at the officers”. The shooting in St. Louis drew about 150 protesters.

The fatal shooting immediately prompted chants of black lives matter. This happened just miles away from last year’s deadly shooting in Ferguson. The protest got out of hand and people began to throw bricks and bottles at the St. Louis police and a vacant house and a car were set on fire. The St. Louis Police
Department responded quickly in riot gear and immediately used teargas on the crowd that had gathered. According to sources there were a total of nine people that were arrested and were charged with resisting arrest and impeding traffic.

One suspect in the initial raid managed to escape. The St. Louis Police Department found crack cocaine and stolen guns in the house. Witnesses say that Mansur Ball-Bey was just on his way home when he was be followed by an unmarked car. According to his cousin Mansur Ball-Bey was still in his FedEx uniform going home. Ball Bey’s social media has at least two photos with him holding guns. The protest this time seem to be under control and nothing else has been reported as of yet. What you think???