Hot on the heels of Anthony Hamilton and Shareefa, SonyaSoul is the next singer to arise out of the Queen City who speaks with the native tongue of blues, jazz, gospel, pop and some hip-hop.

Perfecting her soulful distinctive sound and her gospel roots at the early age of 10, SonyaSoul has continued to capture audiences nationwide performing with 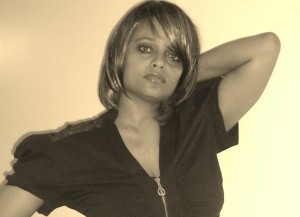 local bands such as Uncommon Jazz, DC, Express, and Shan ” Shableek” Richardson. Her brilliant voice is an indispensable and highly sought after session musician. SonyaSoul’s performance and stage presence has afforded her the opportunity to open for some of the biggest names in the industry: Lenny Williams, Chubb Rock, Frankie Beverly and Maze, Will Downing and many more. Your soul will open up and accept SonyaSoul as a true master of music. She devotes her time and passion to her first love “Music”. SonyaSoul has an all-around gift from the look, to the voice, to the way she captivates a crowd! She is the reason soul is alive and is rapidly becoming the new face of our time. Career highlights include: 1st place in the USA World Showcase in Las Vegas, opening for Earth, Wind, and Fire, lead vocalist for Elements of Jazz as well as performing with the jazz band 5th and York.

Career highlights include: 1st place in the USA World Showcase in Las Vegas, opening for Earth, Wind, and Fire, lead vocalist for Elements of Jazz as well as performing with the jazz band 5th and York.
Nothing seems to be stopping this amazing singer who is sure to be on her way to stardom.

Sonya Soul is super special hailing from a small town in Lincolnton NC. Has teamed up with fellow townsmen Greg Bailey to put Lincoln County on the map. Sonya and Greg have had minimal support in the past but feel confident that it will all change with the strategy of taking her music international instead of local. Sonya strongly believes in “Don’t change your message. Change you Method”