Snoopthadj was born and raised in NC. Started his career similar to most other DJs. He was first a lover of music. He grew up listening to all types of music.

From country, rock and roll, pop, r&b and hip hop. His journey began when his Mom gave him a mixer for 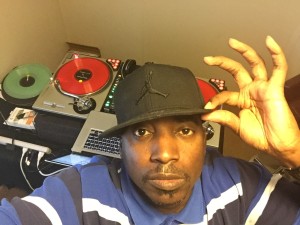 Christmas. At the tender age of 15 he worked odd jobs. Just to save up for 2 turntables( Technics) The rest was history. SnoopthaDJ started practicing in his bedroom. Honing in his skills not to be a turntablist, but a well defined Party DJ. He observed the greats as Kool DJ Red Alert, KId Capri, Jazzy Jeff to name a few. SnoopthaDJ started out by doing birthday parties, wedding receptions,  and club gigs this is what gave him his own distinctive sound. Blending a variety of music. such as techno, Latin, soca, pop, alternative, r&b, dubstep, trap, and hip hop. Come to an event or listen to one of the mixes. And be taken on an euphoria ear trip session.