Ryan Lochte  is a 12-time Olympic swimming medalist and he 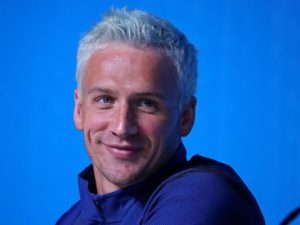 ranks second behind the greatest swimmer ever Michael Phelps.

Ryan Lochte during the 2016 Olympics games held in Brazil had accused locals of robbing him and fellow swimmers at gunpoint when in reality they were the thugs that vandalize a convenience store in a drunken state all caught on tape. Ryan Lochte was subpoenaed to come back to Brazil for questioning, but he fled the country before the questioning could happen.

Ryan Lochte is over 30 years old and should be held responsible for his action because of his status.  Any U.S. Olympian is and should be seen as a U.S.  goodwill ambassador, but instead of representing America he was a total disgrace.  He did have a couple sponsors pull their endorsement which were Speedo and Polo.

Now here is where things get interesting.  In the wake of the Colin Kaepernic silent protest in which he did not stand for the national anthem. Ryan Lochte is being given a chance to redeem himself by being a cast member on the very popular show Dancing With The Stars.

Ryan Lochte stated that he is looking forward to redeeming himself.  There has been a lot of social media buzz that has been comparing the two athletes.  The differences in the treatment that Ryan Lochte is getting compared to Colin Kaepernick will be watched and scrutinized.  This should be very interesting in the weeks to come to see if the U.S. forgives either one of them.