Chelsea O’Donnell spilled the beans when she stated that she cannot forgive her adopted mama Rosie O’Donnell. Not long ago Rosie O’Donnell reported that her daughter had run away from home. 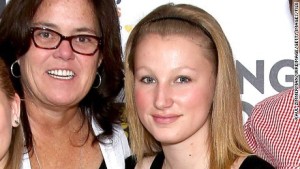 At the Rosie Donnell at put it out to the public that Chelsea had run away. Chelsea O’Donnell reached out to her biological mother Deanna McCulley. Deanna drove from her home in Wisconsin to meet Chelsea for the first time since she was born. Both of them drove back to the small town of Niagara, Wisconsin. Will Chelsea moved in to Deanna’s humble home which is a huge difference from the home that she was accustomed to with Rosie O’Donnell. Chelsea O’Donnell also met her biological siblings for the first time. But things did not work out as expected because the reunion lasted only six days. Chelsea is now living with friends in New York. Chelsea O’Donnell is now a teenager without a family. She hopes to finish high school and go to college but she has no intentions of making peace with Rosie O’Donnell