There are a few great honors in this world.  The kind of honor that comes with the recognition that is only left for the chosen few such as, 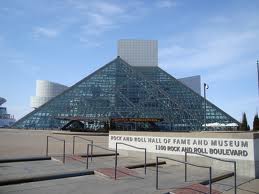 Before we go any further, let us review the election process.  There are four categories for the nominees: Performer, Non-Performers, Early Influences, and Recording Excellence.  To be a Performer Inductee the artist becomes eligible 25 years after the release of their first record.  The influence and significance of the artists’ contributions to the development and perpetuation of rock and roll are the criteria of these inductees.  Non-Performer inductees consist of songwriters, producers, disc jockeys, record executives, journalist and other industry professionals that are considered major influences in the rock and roll industry.  The Early Influence inductees are the innovators and inspirational sources that helped make rock and roll what it is today.  Originally, when it was introduced in 2000, Recording Excellence was the Side Men category.  This category honors those who have spent their careers out of the spotlight, performing as backup musicians for major artist on recording sessions and in concerts.  The category name was changed in 2011.  Inductees will be decided by 500 voters who include previous inductees and record industry insiders.

Some of the 15 nominees have been down this road before but failed to make the cut.  In the past, rappers the Beastie Boys, rockers Red Hot Chili Peppers, funk giants War, disco era Donna Summer and 1960’s artist Donovan and Laura Nyro have all been on the chopping block.  From this list of 15, there is a bunch of worthwhile talents that, to some degree, we could all agree deserve to be in the Rock and Roll Hall of Fame.  But let’s face facts, not everybody can get into the Rock and Roll Hall of Fame.  I’m going to go out on a limb here and tell you who I would induct.  After doing research on all nominated, I would go with Beastie Boys, The Cure, Laura Nyro, Freddie King, Donna Summer and War.  I am partial to Chaka Khan but I’m not so sure the whole group of Rufus needs to be included since she is known more for being a solo artist and that’s where most of her hits come from.  Although I like some of the other nominees such as Heart, The Spinners, Eric B & Rakim, and Red Hot Chili Peppers, I find it hard to recognize their hits as being as groundbreaking as the Queen of Disco, or the group with the first number one hip hop album.

For more information on these nominees and to see all the former inductees, go to www.rockhall.com.  You can go through and learn some great and fascinating things about rock and roll history.  There is also a fan poll so you can cast your vote on who belongs recognized in one of the most prestigious places in music.   You do have some time to cast your fan votes, being that the induction ceremony is scheduled for April 14, 2012 in Cleveland at the Rock and Roll Hall of Fame’s headquarters.