Rita Orta is British female singing sensation who just dropped a new single with Chris Brown called Body on Me. 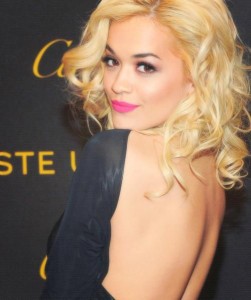 classic. Just to give you a taste of Rita Orta “lyrics in Body On Me Rita Orta sets the mood with “ I just want to feel your body on me if you want it then you’ve got it” Chris Brown comes in with “as soon as your done we’ll go for more”. Rita Orta so far has dropped two single’s the first one Poison and this new one Body On Me. Her full album was previously scheduled to drop 2014 but was postponed because of Rita Orta’s breakup with Calvin Harris.

The release of the new Rita Orta track Body On Me was done at the right time because this fall Rita Orta will appear on the X factor UK version starring Simon Cowell and Cheryl Fernandez-Versini.

The Vyzion Radio Elite DJs are really feeling this track. DJ Esquire believes that this is going to be a club Bangor and it shows the versatility of Rita Orta. Make sure you check the song out and give us feedback and let us know what you think. This track body on the should be a club Banger