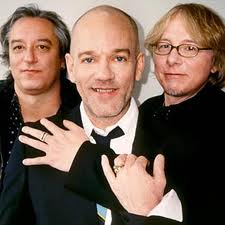 After 31 years together, the rock group R.E.M has finally called it quits. In a statement issued on the group’s website on Wednesday, September 21, the group said the following:

“To our Fans and Friends: As R.E.M., and as lifelong friends and co-conspirators, we have decided to call it a day as a band. We walk

away with a great sense of gratitude, of finality, and of astonishment at all we have accomplished. To anyone who ever felt touched by our music, our deepest thanks for listening.” REM

After this statement each member of the R.E.M. band gives their own thoughts as to why now for this big decision, which you can view on the website www.remhq.com . Each individual statement was made just as classy as the collective band statement. The basic sentiment being that there is not a disagreement between them and they part amicably but this was just a decision among friends that now is the time to stop. However, this doesn’t mean it is totally over for R.E.M. The band currently has plans to release a greatest hits collection later this year that will likely cover their most popular songs of the last 31 years plus a handful of new songs. These new songs will be songs that were completed after the release of the bands last album, Collapse into Now.

R.E.M was formed in Athens, Georgia in 1980 by singer Michael Stipe, guitarist Peter Buck, bassist Mike Mills and drummer Bill Berry. The four that would be a band all came together for the same reason: Their love of music. Apparently, Michael Stipe and Peter Buck met in the record store where Buck worked. After realizing that they both had the same taste in music, they then went to recruit Mike Mills and Bill Berry for their band. All four young men were students at the University of Georgia. The then unnamed band would practice for months before playing for a friend’s birthday party on April 5, 1980. The band was a success and soon they would find a name for their band. Eventually, all four boys would drop out of school to persue their music career.

It’s important, for the young artist out there that may be reading this article, that I explain one thing about the origin of R.E.M. When they started they did it without a grand scheme of things, meaning that the plan was not to go out to make a ton of money. Also, R.E.M. started small and built up their fan base which made it possible to spread out in their area of North Carolina. Once they put out their first single, the local fans got the buzz and spread it around. This was the leading factor in the band first getting offered a record deal, in that, this single made its rounds and the fan base was so strong that eventually R.E.M. was heard by the right people. The rest is history. This would also be why that in the 31 year history of R.E.M they have been known to always be a part of their local community in North Carolina with contributions and charity. Never forget where you came from, kids. Keep it down to earth and end on a good note as friends.

So here they are after 31 years, 15 albums, social and political activist, and pioneers of the alternative rock genre calling it a day. Good luck R.E.M. and thank you.