. Raleigh Nightlife Dj Xtreme1 in 1978 I found myself surrounded by family members who were musicians or singers. Most of them into gospel music. I found myself listening to groups like 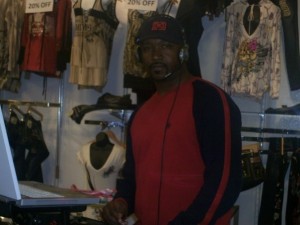 kraftwerk, chic, the Jacksons Etc. As years passed and the more I got into music I began to experiment on my father’s stereo player. Breaking many needles and scratching many records.

In the mid 80’s myself Dj Boo 808 and Dj A-Nice formed together and created a group called the universal fanatics. Doing parties at schools, community outings and a number of major clubs in the area.
After graduating we all branched out for different career moves but maintained our love for music. I moved away in 1992 to Roanoke VA where I started my own production company. After learning the production side of the business and deciding it was time to relocate.

I moved to Raleigh in 1999, opened a recording studio for local artist. 2001 hooked up with mike blayz who introduced me to Def Jam international coordinator (k-stone) who I began to produce tracks for her group.
2002 I was introduced to Dj Skazz (Big Daddy kanes Dj) who was very influential to me getting back on the club seen. Same year I started dj-ing at the end zone doing parties for Bike clubs, Album release parties and after parties for different area events such as women’s empowerment,

and the CIAA tournament.

DJ Xtreme1 & The Universal Fanatics more than anything would want to be remembered for helping to bring back a balance to all music and laying down a foundation to inspire creativity from within the individual.
2012 still a top Dj and producing one of the hottest young groups out in NC and

, get ready for the CYPHER!

) is comprised of an international team that is delivering the best of live radio and Internet Radio. We offer free IPhone and Droid Apps Contact us at 1-800-957-9650. https://vyzionradio.com/