Pussycat Dolls, the successful burlesque troupe emerged in the entertainment world in the year 1993. The ace dancer, choreographer and music video director Robin Antin established the group with some of her female friends as the members. The journey of Pussycat 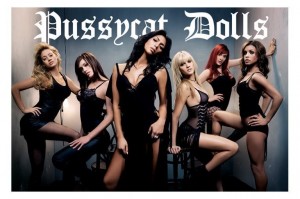 Dolls started with shows in Los Angeles venues. Thanks to the encouragement of Christina Applegate, the group went on to perform at Viper Room, a popular nightclub owned by Johnny Depp at that time.

The performance impressed Depp and the Pussycat Dolls got the opportunity to perform at the nightclub every week.

The Growing Popularity of the Pussycat Dolls

With the entry of Carmen Electra, the troupe started gaining more attention with putting up a series of shows at the Roxy and spicing up the annual InStyle Oscar party. Many Hollywood celebrities showed interest to perform with the group. Britney Spears, Charlize Theron and Christina Aguilera are to name a few. Some of the hottest celebrities of Hollywood like Leonardo DiCaprio, Dave Navarro and Heather Graham watched the shows of Pussycat Dolls.

Walking on the road to success, Antin made her mind to go for a total change in the formation of the group.  In the year 2003, she chose six girls through an open audition for the transformation of her troupe, the Pussycat Dolls. The names of the six talented girls are Carmit Bachar, Kimberly Wyatt, Ashley Roberts, Jessica Sutta and Nicole Scherzinger, better known as Nicole Kea. Under the leadership of Nicole Kea, the group gave a brief but an impressive appearance in one of the most successful movies of 2003, ‘Charlie’s Angels- Full Throttle’. The wonderful interpretation of ‘Sway’ in the soundtrack of the movie ‘Shall We Dance?’ added to the success story of the troupe.

Pussycat Dolls recorded their first single ‘Don’t Cha’ which got released in 2005. This was a major turning point for the troupe. While the critics predicted that the track wouldn’t be a chartbuster, the song actually became the summer anthem of the year earning the 2nd position at the prestigious Billboard Hot 100. The group’s next singles ‘I Don’t Need a Man’ and ‘Wait a Minute’ were also a huge success. Their album ‘Doll Domination’ was a big hit in the year 2008.

With the departure of Jessica Sutta, Ashley Roberts and then, Nicole Scherzinger, the group got a new-line up in October, 2011 and made their first performance in February, 2012.

The world of entertainment is eagerly awaiting Nicole Scherzinger to make a comeback to the successful burlesque troupe Pussycat Dolls. The performer who left the group for a solo career recently told in an interview that 95 percent of the group’s songs were sung by her. On the other hand, Robin Antin, the group’s founder is in search of some brilliant performers for a totally different ensemble. Well, she also emphasized that there is a possibility of reunion of the previous members of the group.

The Pussycat Dolls in a new avatar will be gearing up for their concerts in the U.S., Canada, Europe and Australia in the current year.