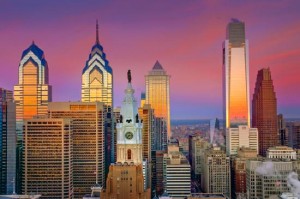 expanded their team of elite DJ’s, adding Philadelphia’s own DJ Scarfo Live to the roster, and intriguingly at 1.2 million listeners, according to CEO Greg Bailey and vyzionradio.com, that makes Vyzion Radio the #1 listened to radio station in Philadelphia.

Vyzion Radio’s internet radio station latest technology in multimedia, musically satisfies listeners with Vyzion’s diverse team of 40 DJ’s from North Carolina, Los Angelas, Atlanata, Canada, New York City, Italy, Hong Kong to name a few, and now Philadelphia, with a variety of genre’s and an assortment of nationalities. Vyzion Radio’s unique app for IPhone and Android users allows listeners to take the party with them wherever they go, 24/7. According to one blogger, “it is incredibly hard to get your song played on the radio…” and while other radio stations in Philadelphia engages their audience with concert tickets and free CD’s, among other things, Vyzion Radio has also created a platform, allowing free spins to up and coming independent artists, which some would say is a greater prize.

Vyzion Radio’s online submission tab encourages artists to submit their music on vyzionradio.com.
Vyzion Radio will continue to soar through Philadelphia, touching the lives’ of aspiring artists as well as the ears of whoever is willing to listen, and soon expand to other states. Hence Vyzion Radio’s charismatic slogan, “without direction there is no vision. With Vyzion there is direction.”

About Vyzion Radio
Vyzion’s highly talented and confident team is committed to providing the entertainment marketplace with something that is unique, invigorating and satisfying. With these efforts, Vyzion will influentially make an indelible impact in the world of interactive media.