One Direction came to the limelight by winning the third place in the 2010 season of UK X Factor; they have taken the world by storm with their very first album and they have topped the US billboard charts and other eminent charts; One Direction though young has 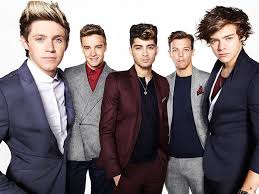 History and Origin of One Direction:

After an unsuccessful attempt at the solo round of the much hyped British Reality show “The X Factor” they were brought together to form a 5 group boy band upon the suggestion of the judge Nicole Scherzinger. That proved to be a turning point in the career of the five talented boys as they eventually qualified for the groups’ category. It was at the suggestion of Harry Styles that the group was named ‘One Direction’. One Direction soared to fame by winning the third place in the singing competition of the British Reality TV show, The X Factor. There was no looking back since then, as destiny has secured a permanent place for them in the glamour world and in the music industry. They went on to sign a big contract with Sony Music subsidiary Syco Records.

They started their recording for their debut album in the month of January 2011. They were also a part of the X Factor Live Tour which saw them performing throughout the UK. One Direction since then embarked on an amazing journey making their appearance on televisions, recording for their albums, and going on various tours along the length and breadth of the world.

They have made music history and broke various records. They not only topped the US charts with their debut album, but also became the first British to do so. They also won various awards some of which includes BRIT Awards, MTV Video Music Awards, Teen Choice Awards and the like.

In the year 2013, One Direction will be touring all over the world. During the month of February, March and April they will be performing all throughout the UK

Current News of One Direction:

One Direction won the Global Success Award at the BRIT Awards held in Feb 2013.