One Direction music group according to confirmation from various entertainment sources has already booked a record 88 shows (tour) in various sizeable stadiums across the United states, Europe and South America. 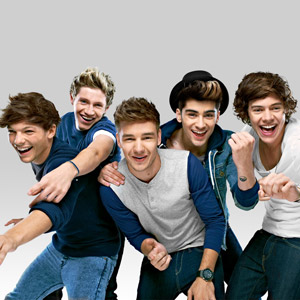 A United States Spokesperson of the Music Band acknowledged that the Group’s Demand was something that has never been witnessed before and the ‘Where We Are’ tickets demand was so widespread in the US that they had to add yet 21 more tour dates into the original schedule.
He was also quoted saying that it was unquestionably conceivable that more dates may be squeezed in before 2014 comes to an end. However the decision will depend purely on the music band and its management team.

The Spokesperson was also quick to add that by the time he was being interviewed One Direction and its management hadn’t even thought about breaking records. However, he also quickly added how it would be magical should One Direction climb to the very top of league tour early in the group’s career.

This he claimed would be a historical testament thanks to the loyal support of the band’s fan support.

As it is, this holiday season One Direction’s album is competing with Robbie Williams’ latest album for the UK’s Christmas number one album.

One Direction is almost launching the first time $1 Billion world tour. The Story of My Life boy band will hit the road running for their ‘Where We Are’ stadium tour of 2014. Ticket sales that have been sold out and demand for more have put the band in line to break the previously held records by The Rolling Stones and U2 by achieving the largest number of ticket sales in a single year.

The Rolling Stones made $341 million from a single year’s tour while U2 earned $467 million touring from a single year’s ticket sales and these two bands held the top position. As it is One Direction has claimed the fastest selling album through their LP album that managed to sell a whopping 237,000 copies the first week it went on sale. The band also achieved the bragging rights to the fastest selling music DVD that sold a record of 170,000 copies in the first 48 hours after its release.One Direction is set for greatness being the first music band set to cross over the $1 Billion mark in ticket sales for a year.