. Italy takes powerful earthquake hit early Northern Italy Sunday, According to authorities it has killed a reported three people and knocking down a 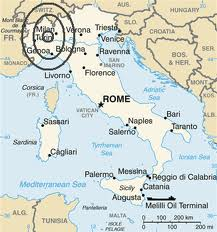 church bell in the area,.

Two people were killed in a ceramic factory in Sant’Agostino di Ferrara, and one person died when a workshed collapsed in Ponte Rodoni di Bondeno, according to Elisabetta Maffani, spokeswoman for Italy’s civil protection agency.

In the town of St. Agostino, the quake knocked down a church bell. Authorities are still assessing damage in the region, the civil protection office said. The agency said it anticipates more injuries as rescue workers make their way to remote villages in the mountainous area.

In January, the same area was struck by a 5.3-magnitude quake. In 2009, a 6.3-magnitude earthquake struck near the central Italian city of L’Aquila, killing more than 300 people and causing widespread destruction.

DJ Alex Vyzion Radio’s Star DJ in Italy is on the scene and it is believe that he is ok. It is reported that DJ europe’s number one DJ was Dj at the time of the incident and is about a 100 kilometer away from the quake. There has been no communication yet but his father Migliore Joseph is monitoring the situation. Vyzion Radio will keep you updated as we get word from our Star DJ.