Are you ready for some football? Well, I sure am and for a minute there I thought we were not going to have a season. Locks are off, contracts were signed, trades were made, and the season is here. The extra feature to this is that along with the NFL we also get the NFL concerts. 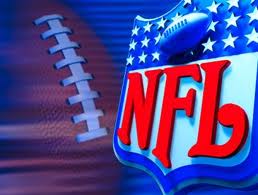 The first NFL Music concert comes with the first NFL game of the season on Thursday, September 8, 2011. The game will kick off with a concert from Kid Rock, Lady Antebellum and Maroon 5 an hour before kick off at 7:30 outside the Lambeau Field in Green Bay, WI. The game will put the home team of Green Bay Packers against the visiting New Orleans Saints. The following day Maroon 5 resumes their tour in Canada at the Credit Union Centre in Saskatoon, SK. For the group Lady Antebellum the concert is right on schedule as the group is slated to release their new album, Own the Night, on September 13. Two days later Kid Rock goes to the Allegan County Fair in Allegan, MI to resume his tour dates.

Which ever football season, the big NFL concert is the Super Bowl halftime show. The much anticipated halftime show has featured acts such as The Temptations, Smokey Robinson, Chaka Khan, Big Bad Voodoo Daddy, Phil Collins, Christina Aguilera, Britney Spears, Janet Jackson, Justin Timberlake, Paul McCartney, The Rolling Stones, The Who, Bruce Springsteen and the E Street Band and Tom Petty and the Heartbreakers. Incidentally, Kid Rock was on the show bill for the ill fated 2004 halftime show with the “wardrobe malfunction”. Since the NFL has been trying to play it safe with the halftime acts since the “wardrobe malfunction”, it’s been fun these past few years trying to predict who will be in the show.

During the entirety of football season, there are two main nights of football: Sunday and Monday. Of course, both nights have theme songs sung by well known artists. In 2006, Pink sang the theme song for Sunday’s broadcast with a reworking of Joan Jett’s song “I Hate Myself For Loving You” retiled “Waiting All Day For Sunday Night”. In 2007, Pink was replaced with Faith Hill and a new arrangement of the Joan Jett song. The concept of reworking a song for an NFL theme was originally used for Monday night’s game. Since 1989, Hank Williams Jr has opened Monday Night Football with “All My Rowdy Friends Are Back for Monday Night (Are You Ready for Some Football?)” which is a rendition of his own song “All My Rowdy Friends Are Coming Over Tonight”. This year, not knowing whether there was going to be a lockout or not, the NFL filmed a video of the theme song with Hank Williams Jr. at Full Sail University.

So, again, I ask you: Are you ready for some football?