Z-Pix X-Flix reviews the new and upcoming movies, shows etc; in efforts to provide the consumer and fan-base feedback, and to assist with making to choice to wait till it comes out on DVD. Heck, maybe even cable T.V. 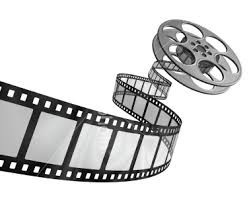 This way you can change the channel or leave the movies if you don’t like it.

Now the pix this week are 24, Robocop and Blade; all due for release later this year and beginning of next year. With that being said…..

Just when you thought you never see him again, Jack Bauer pulls a Terminator is has proved that he’ll be back; with the re-amped version of “24 Live Another Day”. But like the McRib sandwich, it’s only for a limited time, featured 12 action packed, nail biting episodes for your heart-attacking inducing pleasures. That means more butt-kicking, additional split screen views, less bathroom breaks and more “Say What….” Moments within an hour’s time span. And if Chuck Norris shows up for a cameo; I’m done! (Drops the microphone and walks off stage).  The only down side to all this official can of whip-asre; is that its set to be released in 2014. Thus, continue to check out  Vyzion Radio’s ZX-Files for your daily Jack Bauer Fix.

They done gone and did it again!

With guest stars Gary Oldman and Samuel L. Jackson. Rumors has it that  Jackie Earle Haley ( of “Watchmen”) joins the cast as Robocop´s military instructor, and Michael Keaton has been confirmed to play the villain “Raymond Sellars”. Sources say that they have gone all out in giving the Robocop’s costume extensive upgrades; adding a more futuristic appeal. Now, my question to all the fans out there is; do you think this Robocop will live up to the expectations of the cult classic? Well, you’ll have to see it for yourself, because the ZX Files will be on it foe sho to let you know!!!!!!

But here’s a twist to all this madness (please don’t start pulling out your hair just yet). Remember that huge movie that the “Nino Brown” (aka Mr. Wesley Snipes) did back in 1998; prior to serving time in the joint?   What was it called again? Oh yea Blade! You won’t believe this when I tell you; but since “Noxeema Jackson” return to the silver screen, another sequel will added to the blade trilogy. Only thing is, the date and specific details for this one are still TBA. But it is official that “Passenger 57”  himself is back

He has already been approached by movie directors for the zombie vampire killing role but sources say that they are very hush on the details at the moment.

There’s even buzz of a Ms Marvel coming to a screen near you. But there’s isn’t a date set as of yet.

One more thing before I go. Our “Z” sources say that there’s a possible release for “Mission: Impossible 5”, with Tom Cruise still playing the role of Mr. Mission Impossible. So as of now, he’s still ‘that guy’.  It will still have all the same adrenalin rushing, blood pumping, eye catching, in your face scenes as all the others. But! You’ll have to wait for this one because there is no release date and its estimated release is in 2015 ??.