There are three important parts to any movie: the script, the acting and the soundtrack. In most cases, the soundtrack can make or break a 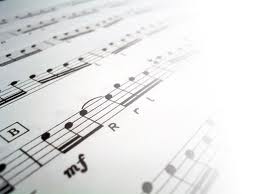 movie. The right song has to be played at the right time to capture the moment. In a musical, the soundtrack is even more important because the musicis what the movie is about and is what carries a majority of the film.

There are three types of movie soundtracks:

2 – Film scores which showcase the background music for non-musicals such as Star Wars.

3 – Albums of pop songs heard in whole or part in the background of non-musicals such as Pretty Woman.

When I started this list, I wanted to find the top ten or twenty soundtracks. Before writing this article, I thought about it for about three days then researched for another two days. What I found was that I didn’t agree with everything on most lists. So I made my own. What started as me making a top 10 turned into a top 20 than a top 30 then, finally, a top 50. Incidentally, I still had to take a few off to get a nice round number like 50. A lot of other lists had movie scores on them like The Godfather, Star Wars and the like. I did not put these types of soundtracks on my list because scores are background music and I think a soundtrack is composed of songs that make a more memorable movie; for example Along the Watchtower by Hendrix in Watchmen. One of my favorite movies, The Magnificent Seven, did not make my list for its score although it made a few other lists.

A few of the movies I have on my list don’t necessarily have soundtrack albums because they were made before the 50’s. You see, they didn’t start making soundtrack albums until the 1950’s. The only soundtrack albums you will find of movies made before 1950 would be because the movie was re-released after the 1950’s, like Gone With the Wind. These movies made my list anyway, though, because when I watch them the songs capture me and I would love to own the soundtrack cd; for example Stormy Weather. Some movies made my list because they were classics on every list I came across and musically could not be denied whether I like the movie or not. I saw one list where they purposely did not include musicals which I thought was crazy and made the list void in my opinion. Honestly, most movies made my list because I like them. I have 50 movies that I’m going to list without explanation because, frankly, that’s just too long of an article for this section. However, if you post questions of why or objections about certain entries I will be sure to answer or defend my list. I didn’t number them to say which one is the best because I feel they are all good soundtracks. So enjoy the Top 50 Greatest Movie Soundtracks list.

*An American in Paris

*Under the Cherry Moon

*The Wizard of Oz

*A Song is Born