A family in Florida were recently arrested for organizing an MMA brawl in their backyard. These fights are unofficial and do not allow rounds, 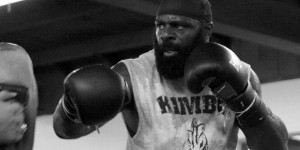 gloves or time limits. Essentially, the rule is that there are no rules and many of the fighters have been severely injured during these brawls. The brawl continues until one of the fighter’s sustains such painful injuries that they can no longer continue to fight.

Brandon Harrison, his wife Angela Harrison and Gage Ford, Brandon’s 17 year old son, were arrested by police and have been charged with the third degree felony of ‘promoting or sponsoring an unlicensed boxing match.’ All three of those arrested and charged were held on a bond of $1500. The match was organized in their home in Lehigh Acres. Videos of the organized brawls had been posted onto Facebook; it was these public recording which eventually raised questions. Police found the videos and immediately arrested and charged the organizers.

fighter is said to have spurred others to try their hand at this dangerous activity when a video recording of his backyard brawl hit YouTube and received millions of views. The illegal fights have mainly been occurring in the south of Florida, particularly in one neighborhood of Miami Dade County, called Perrine.

These at-home brawls are held in secret, with the organisers only telling those who are willing to pay the $20 entrance fee to watch the fight. The winner of the brawl is then awarded the prize of the collected entrance fees of the audience.
Although the police have been working to prevent and close down these illegal brawls, there are now so many held all over the state that it is becoming difficult for officials to keep track.  The son of Angela and Brandon Harrison, Gage Ford attends East Lee County High school. It was here that detectives discovered the boys who had been seen participating in the fights in the videos on Facebook. Witnesses at the school told police that Gage Ford had been encouraging his fellow students to take part more than two months before the match occurred which led to both his and his parents’ arrest.

Backyard MMA brawls have become wildly popular in the south of Florida over the last 5 years or so. A promoter of these brawls nick named ‘Dada 5000’,has launched the careers of several MMA fighters.  A number of videos of these brawls, including one of ‘Kimbo Slice’ went viral on YouTube. These videos are thought to have inspired others to try their hand at MMA fighting in their own backyard, for the purposes of entertainment and money making.

A documentary about this dangerous ‘sport’ is now being made by the filmmakers Billy Corben and Andrew Spellman. The documentary, named ‘Dawg Fight’ centers around the brawls in the Perrine neighborhood and is said to air sometime later this year.