MIT Scientists have developed a smart phone battery that can be charged in six minutes and last for three days. 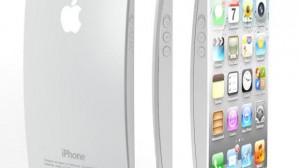 charge your smart phone constantly. Most smart phones makers boast that the average phone life is 6 to 8 hours but we all know that is can actually be less than an hour for people who use their phone regularly. This also puts a strain on people who use multiple apps. multiple programs and use Wi-Fi and these kill the battery life faster. A lot of times it can be less than 30 to 45 minutes and if use then for business thanks not good.

According to Dr. Julie MIT Scientists have developed a battery for the smart phone like none other. According to Dr. Julie the battery can be charge in less than six minutes and last for total of 72 hours. According to the MIT Scientists the battery stores electricity in tiny balls and they will expand and shrink according to the amount of energy used. The balls puff up when your phone is not in use, and they get smaller when your phone is being used. This tactic allows for the maximum amount of energy to be used in the least amount of energy to be wasted. Dr. Julie stated that the new battery would last 3 to 4 times longer than the current best battery on the market.

The downside for the new smart phone batter will be that it will be very expensive to get it on the market. The product uses aluminum nano particles. Aluminum is inexpensive, but it gets pretty pricey when converting aluminum to nanoparticles. Dr. Julie and his MIT team are researching to try to figure out how to get it produced at a lower cost. That price is not been released yet but it sounds like is going to be pretty pricey. Until then, expect to use your regular cell phone battery with less charge life.