L.O.E and Vyzion Internet Radio sold out Initial Capacity at Club Taboo for Miguel Live In Raleigh and Has Increased Capacity due to popular demand – Purchase Your Miguel Live Raleigh Tickets Now ! 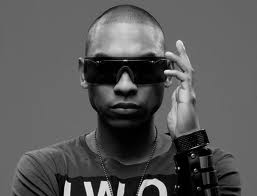 Miguel Jontel Pimentel, was born on October 23, 1986 and goes by the stage name of Miguel, he is also a distinguished international recording artist, songwriter and producer. Miguel signed with Jive Records in 2007, Miguel released his first debut album, All I Want Is You, in November 2010 and was later followed up by his hit single  “All I Want Is You“, featuring rapper super rap sensation J. Cole.Miguel’s musical influeneces were Prince, David Bowie, Phill Collins, Donny Hathaway, The Notorious B.I.G. ,Kanye West, Queen, Stevie Wonder, John Lennon and Diane Warren.[8] Miguel has made it known that he would have loved to work with James Brown, and considers him as the “last innovator of true soul” .

Miguel will also be in the company of Miss Rachel the hottest new Pop sensation from Raleigh, who is set to release her first hit new single Dance Floor Addict at this event. This show will be the show of the year for the Raleigh/Charlotte Metro Area . The Miguel and Miss Rachel combination alone is worth international exposure and is promised to be filled with plenty of lights, cameras and celebrities in attendance.  This show is being bought to you by

L.O.E  is a  premiere concert/club promotional company in Raleigh, catering to all genre’s of music. L.O.E was founded by Tyson McGlown who is also the CEO. Tyson is a veteran of the USMC, after serving his country for 8 years he went to NC State to major in political science, and was a walk for the wolfpack football team.  After two years of school he was drafted to the Canadian football league were he played two years.  After returning to the states he got a job working for Def Jam records as a A&R but after meeting back up with a childhood friend who seen greater potential in him he was offered a job as a road manager for various artist  After working for three years with Dipset he was introduced to Chrisette Michele and from there it was official his new music management.

This show is being powered by Vyzion Radio