Michael Jackson’s solo hit “Hollywood Tonight” from his last album “Michael”, moves from number 2 to number 1 on the Billboard Dance/Club Play Song list as of this week. Once again Michael Jackson proves why he will always be the King of Pop as he posthumously hits the 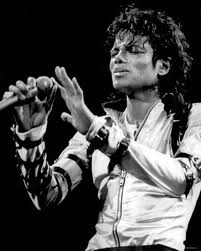 charts after a 16 year hiatus.

“Hollywood Tonight” takes us back to the Michael Jackson we loved from years ago. When the beat first kicks in, this tune is reminiscent of Jackson’s number one hit of 1983 “Billy Jean”. Those drums are undeniable as they take me back in time watching Jackson perform on Motown 25. Then the bass line kicks in on a very melodic riff complementing the drum beat. Throw in some keyboard along with Jackson’s signature voice and you have another hit.

Michael Jackson joins an elite group of artists who reach the top of Billboard charts after death. Next week will find Jackson in the company of Ray Charles, Roy Orbison, John Lennon, Notorious B.I.G., Selena, and Janis Joplin to name a few. Let us not forget artists such as Hendricks and Elvis who only need one name introductions but still continue to sell music and merchandise long after their demise. Artist’s who top the charts after death shows the industry that we are not yet done with them. We still want more of their unique sound.

Michael Jackson’s “Hollywood Tonight” is not just a number one hit: it’s a legacy.