A drugged up Michael Jackson seems to be mumbling on a tape released during the trial of Dr. Murry weeks before his death. Jackson talks 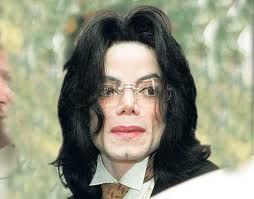 about what he wants for his fans. Michael said, “We have to be phenomenal. When people leave this show, when people leave my show, I want them to say, ‘I’ve never seen nothing like this in my life. It’s amazing. He’s the greatest entertainer in the world.'” Also they release a photo of Michael after he died. That hurt my heart. I can’t believe they released it to the public. I personally don’t just fault the doctor for what happened and I think he is just the only one they could pin at the time. That’s my opinion. But now that the trial has started Michael Jacksons family has come out. Janet, Latoya and Jermaine were shown entering the court house. Now back to the photo… It is disturbing. I am taking a deep breath thinking about it. Very sad. I don’t want to see him like that. I like remembering Michael Jackson living and breathing.

Prosecutors played the audio for the first time during opening statements as they portrayed Dr. Conrad Murry, who is 58 as an incompetent physician who used a dangerous anesthetic without enough safeguards and whose neglect left Michael Jackson abandoned as he lay dying. Defense attorneys countered that Michael Jackson caused his own death by taking a drug dose including propofol. This was supposed to be after Dr. Murry left the room. I sit on the fence with the whole situation. I think there is fault on both sides. I believe the doctor should not have given the King of Pop medicine that he knew could not be prescribed. Also I believe Michael knew what he was doing and what he wanted. Dr. Murry had become more than a Doctor to Michael Jackson. He was a friend. Thought Michaels family sits in the courtroom grieving, part of me don’t feel remorse because where were they when Michael was struggling with his pain and life.

To me it feels as though everyone only appears when there is drama or there for his money. But that is just my opinion.  It was said that Dr. Murry was in the process of weaning The King of Pop off of propofol. Murry was using benzodiazepines trying to lull him to sleep. On June 25, 2009, on the last day of Michael’s life, he was said to be begging the Doctor about the medicine. Saying that he didn’t know why he couldn’t sleep and that if he didn’t get any sleep they were going to cancel the show. Michael was so stressed and concerned about his performance that he was willing to take anything just to get much needed rest. It is very saddening that he was going through this. There had to be a better way for Michael to get the rest that he needed. I almost wish that I could have been there for Michael Jackson. Such a brilliant man left too soon. But of course no matter what age he would have died, it would have still been too soon. But it would have been better if he would have died from natural causes than this. Now every single one of Michaels fans, family and friends have to relive the pain and agony of Michael’s death through this trail. I hope justice is served. Not saying that I hope Dr. Murry gets convicted. I just hope the real truth comes out… More to come. The trial has only just begun…