Mel Gibson found another way to upset the Jewish community once again.

Gibson and Warner Bros. are teaming on a film about Jewish hero Judah , who led a small band of Jews against mighty Seleucid armies and  among other things, liberated Jerusalem. Gibson is slated to produce and  possibly direct the film.

This news comes as a shock because Mel Gibson’s history with the Jewish community has been rocky for quite some time. In 2004, the 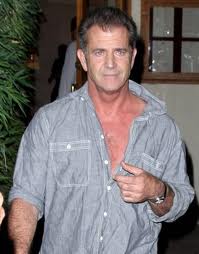 Jewish audiences took great offense to the way they were portrayed in Gibson’s “The Passion of the Christ”. The movie, however, was a blockbuster hit. Then there were the anti-Semitic remarks that Gibson made to police while in a drunken state. In the 2006 DUI arrest, he was recorded as blaming Jews for all the wars in the world. Not good Mel, however, we can see why the Jewish community is a little teed off about this.

Before sitting down to pen this story, I thought about the man, Mel Gibson. Gibson first rose to fame as a leather-clad post-apocalyptic survivor in the Mad Max series. Gibson, not a stranger to movie series, also sealed his fame with the Lethal Weapon series in which he joined Danny Glover in setting the standard for buddy cop movies. From there, Mel Gibson has been successful in planting himself in Hollywood lore by becoming a producer and director along with other acting endeavors.

Now for those that don’t know, Judah Maccabee led the Maccabean revolt against the Seleucid Empire (167-160BCE) and is revered as one of the greatest warriors in Jewish history alongside Joshua, Gideon and David. The Jewish feast of Hanukkah commemorates the restoration of Jewish worship at the temple in Jerusalem in 165 BCE, after Judah Maccabee removed the pagan statuary. So you can understand the uproar with this decision. How can a man who has made derogatory remarks about a people and has already shown he
can not represent those of their faith in a positive light be trusted with one of their greatest heroes?

Now from Mel’s and Warner’s Bros. point of view, or more importantly their accountants, who better to make this movie. Amid all the negative press surrounding “The Passion of the Christ” it earned $83,848,082 in its opening weekend, ranking it 4th overall in domestic opening weekend earnings for 2004. The movie proceeded to earn over $370,000,000 overall in the United States alone. Controversy helps sell tickets and that’s a fact. So if you want to sell this thing you don’t call in Spielberg, you call the one guy that you know will cause hype around the production. If the Jewish community really wants to do something about it maybe they should quietly boycott the production and not add on to the hype because the more they do, the more everyone else wants to see the movie to know what the hype is
about. This public protest is exactly what Warner Bros. was hoping for because it’s free publicity. That’s just business. In no way am I
advocating that Mel Gibson should be doing this movie because I’m totally against the remarks that he made. Being inebriated is not an excuse for being ignorant. Maybe he’s looking for redemption.

No production date or release date has been issued about the movie. Who knows, maybe the Jewish community will be able to put enough pressure on the studio to halt production. Or maybe the studio will get a conscience and not see the dollar signs amid all the controversy.