Megyn Kelly is leaving her longtime position and FOX NEWS according to Entertainment Tonight and she will be taking a new position at NBC News.

As part of the agreement Megan Kelly will have her own day time news show, a Sunday news show and will be a part 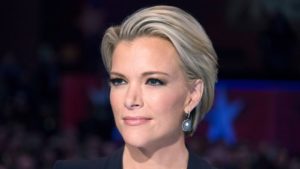 of special political news segments. Megan Kelly posted on Facebook “I’ve decided to in my time at FNC, incredibly enriched for the experiences I’ve had.  While at I will greatly miss my colleagues at FOX, I am delighted to be joining the NBC News family in taking on a new challenge” – Megan Kelly

According to sources at FOX NEWS they claim that everyone is very happy for her and believe that the move is most likely so that she can spend more time with their family.  One unnamed source stated that “she dropped hints that she wants to do more specials and be at home more with her children after school.”

Megyn Kelly became a huge powerhouse talk show host in her historic journalistic confrontation with then candidate Donald Trump.  Megan Kelly asked a series of questions about some of the very offensive things that Donald trump had said about women throughout the years.  Those questions sparked a huge backlash and feud from Donald Trump.

Megyn Kelly also came out with a book and publicly accused former Fox CEO Roger Ailes of sexually charged comments.  Megan Kelly was also accused of not being a loyal to FOX NEWS by Bill O’Reilly after she opened up on the Dr. Phil show about sexual harassment that she had suffered from working under Roger Ailes

Megan Kelly is a well liked television journalist and ensure to do well with a new job with NBC.