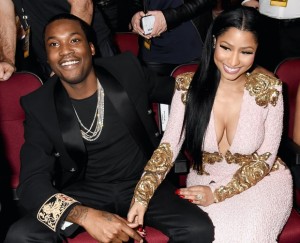 punishment and sentencing for a probation violation case. This case happened because Meek Mill turned in a fake drug test and violated his travel restrictions.

Meek Mill was initially told by the judge that he could potentially receive up to two years in prison last year. It looks
as though the judge had a change of heart and sentenced Meek Mill with only 90 days of house arrest starting in March. He also has to complete six months of supervised probation.  He is also not allowed to work or produce any music while he is under house arrest.

Meek received a lot of fan support  and Twitter went crazy with a lot of loyal fans wishing him good luck in court. In December 2015 he appeared in court and testified on his own behalf and made it clear that he no longer wanted to be a thug or a criminal anymore. He also stated to the judge that he has potential to be greater than he is today.

It is yet to be seen if or not he will keep his word and how what he told the judge will affect his  music direction if he is no longer in the criminal life. Hopefully this time off will give Meek Mill some time to think about his direction in his life and his music career. Meek is super gifted and talented and hopefully with the help of his girlfriend Nicki Minaj he can turn things around and become a great role model for his millions of fans.