DJ MANISH the DJ is the 2010 AUA DJ of the YEAR and Slip ‘N Slide DJ, R. Young, AKA, DJ MANISH the DJ has been a major force on the Birmingham music scene for over 20 years. His versatile mixing/blends style can be heard all over the 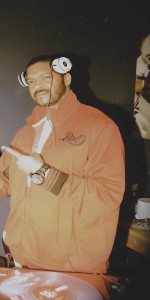 world wide web in various music forums. He is most definitely a force to be reckoned with in the DJ game.

DJ MANISH the DJ is based in Birmingham, AL. He got his start as backup to DJ Dwight Stone at the now defunct Club Birmingham Live. His love for music poured over into production as he produced regional bangers for Herbal Records’ 4-2 Tha Dome from 1995-1998. “Blame It On Society” is his best credit to date. The track had regional success in Birmingham, Montgomery, Atlanta, and Houston. Co-production credits go to Houston’s Mike B., a member of the Trinity Garden Cartel.

After Herbal Records’ fall in 1998 he went back to the decks and was like a dog out the cage. The northern Tri-County area of Alabama witnessed his turntable prowess as he wrecked weekends at Club 7 Diamonds, Sheffield/Huntsville, AL. It was at this time that his skills matured as a DJ and he decided that this was the career field for him. He is efficient on multiple platforms, including turntables and CDJ’s.

Greek fraternities have also sought out his talents and, soon after, he was playing at various college events throughout the state of Alabama. He has also taken on responsibilities of wedding DJ. He rocks out at family reunions, birthday parties, social clubs and much more.

DJ MANISH has also played at clubs in major cities all across Alabama, including Huntsville, Montgomery, Birmingham, and Tuscaloosa. He has also rocked out in Atlanta, GA. His style has rocked venues in each city.

Juggling beat production, remixing, and mixtape hosting, DJ MANISH has established quite the name for himself on the Birmingham hip-hop circuit. He has also produced graphix design for some of the hottest artists Birmingham has to offer. Southern rap artists such as Gucci Mane, UGK, Rick Ross, Plies, Yo Gotti, Future, and Trick Daddy are a few that he has successfully pushed buttons for in concert. Corporate clients include Applebee’s, O’Charley’s, Birmingham City Schools, and more.

At this present time, mixing music and record-breaking are DJ MANISH top priorities.