Recording artist Major Myjah is on the cusp of breaking through. His first single “My Sunshine” is getting significant radio airplay in several countries, 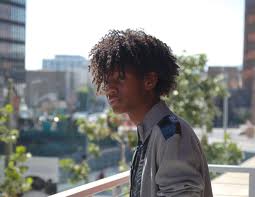 including Germany, Jamaica, Japan, and Israel. The reggae inspired pop song, which received only a soft release to several Disc Jockeys worldwide garnered an unexpected frenzy. It has industry insiders as well as fans talking. In fact, the song has made such an impact that several producers and established artists have already requested 14 year-old Myjah to collaborate with them. Needless to say, Myjah’s Youtube and Facebook have been busy lately. Let Myjah tell it, “I’m so excited, I’ve been focused on my music for a while and it looks like it’s about to pay off.”

There is a strong buzz in the industry about Major Myjah, his pop style is reminiscent of a crossover artist like Shaggy, Lauren Hill, B.O.B. and even Bruno Mars. It isn’t enough that Major has already worked with producers, Leroy “Baarbroy” Romans, Ron Holden Jr. and Grammy Award-winning producer Tony Kelly; he’s now studying his craft with Grammy Award Winning engineer and producer Ted Greenberg who’s also a teacher at UCLA, The Art Institute, and Musicians Institute in Los Angeles.  Major is also scheduled to work in the studio with acclaimed producers Michael “Fish” Herring (Christina Aguillera, Tupac, Elton John etc) and Mitch Allen (Satellite, SR – 71).

Major Myjah’s popular video for “My Sunshine“ was directed by Jay Will(Sean Paul, Shaggy).  Will was very impressed when he heard the song, “Wow! I liked the song from the first beat. I’m so impressed.” This is the general sentiment being expressed from everyone when they first hear Major Myjah. It’s not just the catchy hooks, infectious beats, or the fact that the subject matter is universal, they are blown away that it’s coming from a minor whose love for music and his guitar is immeasurable.

Most recently, Major Myjah performed at Jamie Foxx’s celebrity 3 on 3 Charity Basketball Tournament in front of an audience of A list Stars including, Snoop Dogg, Mario, Wiz Khalifa, Terrell Owens, Barry Bonds, Shemar Moore, and many more.  The event was broadcast live on Sirius Foxxhole radio and raised over 500K for Jamie’s Charities.

He’s also been grinding on film with appearances in several mainstream commercials, and a few independent and feature films, where his work ethics and raw talent earned him the praise of directors.  His body of on screen work includes: Commercials – Hub TV, Fox TV, Scion, and American Idol. Independent Film – Aced, Calvin Harris’ video – Feel So Close and Feature Film directed by Mario Van Peoples – We the Party.  Perhaps most impressive, will be his lead role in the feature film, Rude Boy, to be produced by Hollywood Films and tells the griping story about the evolution of Reggae music through the life of a young singer struggling for survival in the violent political climate of Jamaica in the 60s.

It seems this rising superstar has been entertaining since birth. Now a ninth grader, Major, has several original self-penned songs in his repertoire and has co-written with successful songwriters Mandi Perkins and Shema McGregor.  You can catch him performing on The School Tour this school year and elsewhere around the world.  Major Myjah’s music promises to be the ultimate tour-de-force for urban pop music connoisseurs.