Linkin Park is a band that has been conquering the hearts of all, and they really deserve it, as they produce amazing beats and Chester yells his lungs out for it. The band started out in California in the year of 1996, and they enjoyed immediate success from the start, so 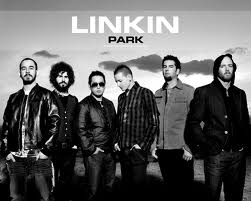 they have marked a couple of generations already.

Their debut album “Hybrid Theory” was a diamond album and their follow up album, the successful “Meteora” paved Linkin Park’s way into stardom.

The band won 2 Grammy Awards up to date and they mark their career by going on a huge amount of charity concerts and tours, and this shows their humanitarian side.

Recently, the Linkin Park disclosed they are working on a new album that will certainly shock people, and they point this out as being a good thing.

Chester and Ryan point out that getting a strong reaction is just what they want of the general public, and that the new album will count with the participation of some surprise guest artists whose identity we couldn’t  determine – but we will be keeping you guys posted on this.

However, to conclude our recent news segment, this new album won’t be released in 2013, so you will have to be patient.

They have some tours scheduled, so we will now announce the dates so you guys can know when to be alert… and just where your idols will be in certain dates:

If you like Sushi and, or if you are Japanese, you’ll be pleased to know that the upcoming Tour will be in Japan.

There are special offers available to members of the fan club, like special ticket packages and added benefits, so you should join the fan base if you want to attend these concerts, the benefits are a lot.

So, you now know about  Linkin Park’s formation, the recent news and the tour dates… Stay tuned for more updates.