This year’s All-Star game got heated when rapper Lil Wayne said that he was not sorry for saying that he “banged” Chris Bosh’s wife. He said the only thing he regrets is bashing his “homie” Lebron James, which 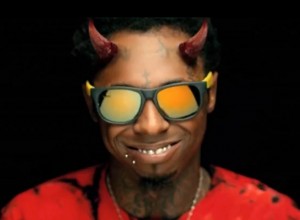 Lil Wayne called Miami Radio station WEDR to set the record straight about the video of the All-Star weekend performance. Which included the lyric “I f**ked Chris Bosh wife.”

Lil Wayne told the Miami radio station that he apologizes for the statement he said about Lebron because that is his “homie”; he then apologized to the city of Miami for all the statements he made that night. But Wayne says he does not apologize for that night for being who he is, he had this to say about his behavior that night “don’t take nothing back, this is who I am”.

The video went viral of his All-Star performance and became an overnight upset for heat fans. The video showcased Lil Wayne disrespecting the Heat team and overall the NBA, and Wayne has been banned from all NBA events which he blames “The Heat” for. As the radio interview went on Wayne says his behavior was a result of the game last week with the Heat vs. The Lakers game, in which Dwayne Wade cursed Wayne out for cheering on the Lakers. Wayne went on to say that things took a downward spiral from there and now he hates everyone on the Heat team except for his “homie” Lebron.