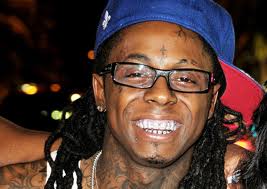 show. Pajama pants and some kind of bedroom slipper / sneakers?  Were they spongebob slippers / sneakers?

I really, really hope that our youth do not take him as a fashion icon because this is not style! I am so sick right now with the Hop Hop culture right now.  My generation has started the hip hop culture with KRS One, EPMD, LL Cool J, and Queen Latifa.  It was so much better back then when those artists rapped about meaningful topics that were about real issues that we could all take and learn from.  But now, hip hop has gotten so greedy with money that these artists these days rap about popping bottles, drugs and sex like those are the things that our youth needs to work hard for.

To the youth out there, that is not what you want to look or have others look at you like.  You can and will make a difference in this world by writing, acting, modeling, singing, and rapping to your peers about real issues.  You could change someone’s life.

I am not trying to preach.  All I’m trying to do is put just a little common sense to the youth and these entertainment moguls heads.  Stop doing this to our young people!  They deserve more!

Dwayne Michael Carter, Jr. (born September 27, 1982), better known by his stage name Lil Wayne, is an American rapper. At the age of nine, Lil Wayne joined Cash Money Records as the youngest member of the label, and half of the duo, The B.G.’z, with B.G.. In 1997, Lil Wayne joined the group Hot Boys, which also included rappers Juvenile, B.G., and Young Turk. Hot Boys debuted with Get It How U Live! that year. Lil Wayne gained most of his success with the group’s major selling album Guerrilla Warfare, released in 1999. Also in 1999, Lil Wayne released his Platinum debut album Tha Block Is Hot, selling over one million copies in the U.S