Hollywood lost another young star today, August 19. Lee Thompson Young, known to many as Jett Jackson from the Disney Channel, was found dead by police in his apartment. Early reports are stating that Young died from a self-inflicted 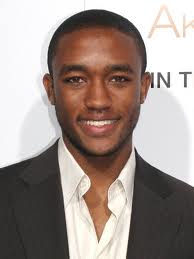 gunshot wound. Although he made his mark by being on the Disney Channel, he was embracing the adult acting world in TNT’s Rizolli and Isles as Det. Barry Frost. A native of Irmo, SC, Young was only 29 years old.
Many fans and fellow actors took to social media to express their grief and shock over the loss. Columbus Short (@ColumbusShort1) tweeted “My heart is broken today. RIP to my dear friend and brother Lee Thompson Young. Writing partner/Friend/Brother #HeartAche.”

Disney released the following statement, “Nothing any of us can say will adequately express our sadness over Lee’s untimely passing – our thoughts are with his loved ones and the many fans of his work.” A statement was also issued by Rizolli and Isles’ Executive Producer Janet Tamaro.