Lady Gaga continues to stir the public thanks to her constant and bizarre outfit changes throughout her ARTPOP worldwide promotion tour. During the Tokyo Press Conference, video cameras and photo journalists had a happy snapping 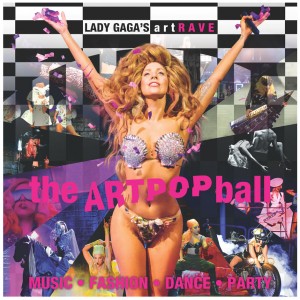 session taking video footage and pictures of her bizarre tartan that she wore during the Tokyo Press Conference during the weekend.

Lady Gaga doll allows the owner/user to place their face against its chest and listen to Gaga’s songs and messages.
The musician who has stirred controversy just recently had her staff defending her against claims that just this past week, she (Lady Gaga) and had split with the long-time friend and manager due to disagreements surrounding the creation and promotion of her latest album.

The alleged claims were brushed aside as a mere rumour by reputable sources which revealed that the record label behind Lady Gaga’s latest album (ArtPop) only took an issue with the last few chosen songs added to the much anticipated LP.

Earlier reports indicated that back in October, both Lady Gaga and her manager for several years (Troy Carter) finally decided to part ways partly because of fears over Gaga’s recent sales figures.
Further, there were claims that Gaga and Carter openly disagreed with each other when Interscope Records, Gaga’s record label voiced their concern over her third studio album that was released in the month of November.
There were more reports coming from Interscope that claimed Gaga stood her ground, refusing to mess up with her art just because her record label didn’t feel that the album held any hits and could have better marketed it as an EP.
An aid in Lady Gaga’s team was quick to deny the existence of such reports reading from a statement claiming how the entire Interscope team together with Lady Gaga and her people were all happy with the success ARTPOP has becoming topping charts across a number of countries such as the United States and the United Kingdom.

Interscope released a press statement citing that Lady Gaga has creative control and they couldn’t be happier with the ARTROP new album. To them, the album is the number one album and they are happy for Gaga’s creativity that is being recognized worldwide!