was thinking about starting her reality show in New 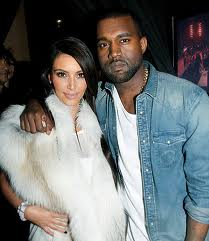 York with her sister Kourtney Kardashian. The show was called “Kim and Kourtney Take New York”. Well at this time Kanye West was dating ex-girlfriend Amber Rose. When Kanye West and Amber Rose broke up there was rumors going around that Amber Rose was saying that

had cheated on her with Kim Kardashian. Makes you wonder if it is true now that you are seeing

and Kanye West together a lot.

I have been seeing pictures and hearing news everywhere that Kanye West and Kim Kardashian are a couple. Also there is a song out that Kanye did about Kim and he also mentioned Kim’s ex-husband Kris Humphries in it. The song is called “Thera Flu”. Side bar… The company for Thera Flu isn’t too happy about the title for the song. They stated, “We in no way endorse or approve of the references or use of the image and likeness of Theraflu in this manner.” What a shame, they are missing out on a great endorsement opportunity. Anyway, Kanye West bashes Kris Humphries in the song. This is what he says, “I admit, I fell in love with Kim round the same time she had fell in love wit’ him. Well, that’s cool baby girl do ya thing. Lucky I aint have Jay Z drop him from the team.” Well, well, well. We all know that Kris plays for the New Jersey Nets and that Jay- Z is part owner of the Nets. Wow did Kanye really have to come at his neck like that? He threatened that man’s job. But when you are in love you tend to get very territorial. You don’t want anyone to even think about looking at the one you love.

Now Khloe Kardashian was on The Talk on Thursday April 12 where she co hosted the show with Julie Chen, Aisha Tyler, Sara Gilbert and Sheryl Underwood. Side bar… I think adding Sheryl to The Talk was the best thing they could have ever did. Aisha Tyler I like her but she is a little too dry and tries too hard. Anyway, so on the show Julie asked Khloe a couple of questions about Kim Kardashian and Kanye dating. Khloe of course didn’t want to say that they were officially dating but she did say a few time that she loves Kanye and that he has been friends with Kim for a long time. Khloe did admit that Kim and Kanye have been spending a lot of time together. Khloe said that it is hard to date as a celebrity because as soon as a couple is seen together the media always want to make it more than what it is. Khloe says that Kim and Kanye are just friends.
Friend makes the best lovers to me. Maybe Kanye has been there for Kim through all of the drama.

I actually like how Kim Kardashian and Kanye look together. Honestly I don’t know what Kim seen in Kris, but it is very obvious that Kim prefers her black men. Well if Kim and Kanye do decide to make it official I wish them the best. I like Kim over Amber any day.