The internet is a buzz about Kendrick Lamar aka KDot. Kendrick was featured on Big Sean’s song called “Control” which also features Jay Electronica (I actually never heard any of Jay’s music). Anyway, so Big Sean starts off the song with his verse. To me it was ok, 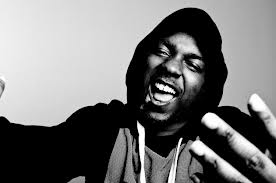 typical Big (little) Sean. Then Kendrick comes in with the middle verse and Jay Electronica finishes it off at the end. Hasn’t any artist learn their lesson from LL Cool J? Never put an artist on a track that is better than you and if you do you should step up your skills or put them at the very end. Well LL made his mistake when he put a young Canibus on his song “4321” also featuring Redman, Method Man and DMX. Canibus did so well on the song that LL decided to record his verse AFTER hearing what Canibus spit. Now that was lame but I understand why he did it, Canibus murdered the song. To this day there are two versions of the song, one with Canibus and one without. But back to the topic. Has no one learned from that situation? Kendrick Lamar murdered Big Sean’s song then poor Jay Electronica had to come behind Kendrick and dust his feet. There was no way that a strong artist like Kendrick should have been followed by Jay. That’s like putting Beyoncé on the stage first and then giving Mia the closing (I like Mia she’s over looked). But people would have left the show by the time Mia came out. What were they thinking?

Now let’s talk about what Kendrick raped about. He called out names in the industry sort of like a challenged and put himself up there with Jay-Z and Nas. To be honest if Kendrick had longevity in this industry he would be up there with them because he is a lyrical beast.

Now with Kendrick Lamar calling everyone out I took it as a challenge and not a diss. All the negative people will want to see drama but not this lady. To me it’s like a call for help. This industry with hip hop has been on life support for years.

“Swagg” took over and our artist started to dress and look likes women. That’s how I see it. The music began to get watered down with no real lyrical content. I call it ABC Rhymes, stuff the kiddies can do. No real though behind the writing process. As a matter of fact most artist brag about not writing, well with their lack of skills they don’t need to. You know what’s bad is all the great artist dumbed down their flows and lyrical content to compete. When was it ok to play dumb? Even Jay-Z new album “The Magna Carta Holy Grail” to me flopped. It felt like he dumbed down his flow, his style to fit in with the less talented artist that are right now dominating the hip hop industry. It is no longer a culture. When hip hop was a culture it wasn’t about the money. It was about who was the best MC, who could rock the crowd the hardest and who had the most fans. Now people don’t do it for the love of the music they do it for the love of the money and little do they know music doesn’t make money like it used to before it got saturated. Now theses artist have to get endorsement deals like the athletes and the have to do more shows to make REAL money.

I think what Kendrick did was great. I felt a chill run through my body. I can tell everyone is waking up and people just from this one verse are starting to realize the crap they call music they accepted into their lives. Maybe this will change the tide of the industry and make it cater more to talented artist and not these one hit wonders. Not cater anymore to the SEX DRUGS and VIOLENCE. Take Hip Hop back to the story telling and the excitement and the fun. I miss that era. I don’t want to see women’s butts and titties in the video, especially when it doesn’t even fit the song. I don’t want to continue to hear these dark twisted songs that the artists are putting out, like Kanye West. Nothing he talks about now makes sense. When he first came out he had talent then money to over and he started to spit nothingness.

I feel like this may be a huge turning point and might mark a day in history for hip hop. The day the real artist took the industry back. Maybe this will open the door for the independent artists that get looked over for the ABC artist. I hope so because it’s time for a change. I know it’s bad when I can’t even stand to listen to the radio and I have on iHeart radio set to Most Def radio station so I can listen to the conscious rappers like Dead Prez and Pharoahe Monch (Yall don’t know anything about them).

I actually prayed for Kendrick before, praying that the industry doesn’t suck him in, change him and make him a fool like everyone else. I hope this prayer has been answered.

He is a true lyricist and an MC. I really do hope this is Hip Hop History in the making!!!